The most beautiful piece of shade I’ve ever seen on Wikipedia is in his article, in fact. Because it first quotes Ross as having respect and admiration for his mentor Bill Alexander, a considerably less soothing individual who taught Ross the wet-on-wet style for which Ross became famous. It then has Alexander quoted as being surly at Ross for having become more famous for the technique he himself invented. This, in turn, is followed by this gem. “Art historians have pointed out that the ‘wet-on-wet’ (or alla prima) technique actually originated in Flanders during the 15th century, and was used by Frans Hals, Diego Velázquez, Caravaggio, Paul Cézanne, John Singer Sargent, and Claude Monet, among many others. ”

Because, no, Ross didn’t invent his technique. Alexander didn’t invent it, either. What Bob Ross did was bring it to everyone and convince us we could all do it. There’s an episode where he paints in black and white, because someone who was completely colourblind said he couldn’t paint. There’s an episode available on I think it’s Netflix where he mentions that people with tremula have an easier time painting branches, because their hands shake naturally and you want a shaky hand to paint branches. He was certain that everyone could paint, and when I watch the show, I believe that I could, too, if I had the time and space and inclination for another stuff-intensive hobby.

There’s a recurring urban legend that various people had been snipers or whatever in the military, and the closest it gets to the truth is in Bob Ross, who had been in the Air Force in the ’60s. He was never in Vietnam; he seems to have spent most of his service stationed in Alaska. (My dad was also a sergeant in Alaska in the Air Force in the ’60s, and I deeply regret that I’ll probably never know if they knew each other.) He wasn’t a drill sergeant; Master Sergeant Ross was a medical records technician, in fact. However, he said that, as a sergeant, his job was to shout at people, and he didn’t like it and decided that, once he got out, he’d never shout at anyone again.

He wanted to be timeless, so he wore jeans and a button-down shirt in every episode. He came to hate the perm, which he started using because in the early days of his work, getting a regular crew cut became too expensive. But the perm was part of his identity by then. What do you do? He spent eleven years on TV with the perm, gently telling us all that there were no mistakes, only happy accidents. I read a claim that he became popular with my generation because of our ironic fondness for the retro, but I think it’s because he was someone our parents’ age who didn’t tell us we were doing everything wrong.

There is currently a drive to get some of Ross’s paintings—he made three for every episode—into the Smithsonian. I support this wholeheartedly, including with a full understanding of why the drive is there. You see, his intellectual property is owned by Annette and Walt Kowalski, his partners; Annette had put her entire life savings into making Ross a success. They also own all the paintings, because he hadn’t sold them during his lifetime. And they’re just . . . in a warehouse. It’s not even climate-controlled; probably more than a few of the paintings are already beyond saving. But though I’m sure Ross himself would think it odd that the Smithsonian might put his works on display, better they be in the Smithsonian’s copious storage, being cared for properly, than decaying. 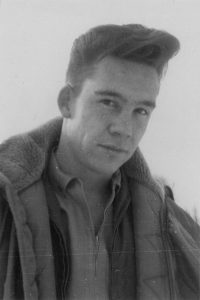 Attention Must Be Paid: Nancy Walker→

Attention Must Be Paid: Liberace→