Company is, in its initial version, one of those shows that kind of jolts me a little. Mostly because of Dean Jones, of course, but also Charles Kimbrough. While any good fan of Disney movies of the ’60s and ’70s can tell you quite a lot of about Dean Jones in those days—it’s not unlike coming across Double Indemnity after being raised on The Absent-Minded Professor, you know? But to a lesser extent, there is Charles Kimbrough as Harry. I don’t like most of the male characters of Company, honestly, and it’s hard to say which one I like least. But at bare minimum, Harry and his passive-aggressive obnoxiousness is quite different from Jim Dial of Murphy Brown.

Kimbrough actually has a much stronger history in the theatre than in movies or TV. The first “wait, that’s Jim Dial” moment I had connected with Sondheim was when my junior high orchestra teacher showed us Sunday in the Park With George. There, he definitely is my least favourite of the male characters; in the first act, he’s the sleazy painter Jules, not to my knowledge based on anyone in particular but definitely supposed to be one of the more successful artists of the time. Who is having an affair with one of his servants and propositions Dot, albeit in the world of the painting.

Beyond those two, he was also in Leonard Bernstein’s Candide in assorted roles. More recently, he played William R. Chumley, MD, in a revival of Harvey. Not all of his stage acting is so noteworthy, and he’s never been a big star even of the stage, but he’s definitely one of those people where he’s better known by devotees of the stage than devotees of the screen. He’s done a dozen movies, and the only ones I’ve seen are The Hunchback of Notre Dame and the English dub of Whisper of the Heart. But I’ve seen several filmings of Broadway or cast recordings that he’s in.

And, my goodness, Jim Dial. Certainly Murphy Brown is a dated show; Jim was supposed to have been of an age to have learned the journalism trade under people like Edward R. Murrow. He was a cub reporter in those days. Sort of an elder statesman on the show-within-a-show FYI. Murphy’s mentor—Murphy herself was clearly more of a Barbara Walters sort. He had a few funny moments but was definitely the show’s straight man, and I’ve loved him ever since then. He was good, and he wasn’t flashy, and it was a very good role for him.

I do wish he’d done more that I had a chance to see and was interested in. He’s done a few guest voice bits on cartoons—Batman Beyond and Pinky and the Brain—and he’s got a good voice for that sort of thing. For the same reason that he was such an excellent choice for Jim. He has a somber, authoritative voice when necessary, and he’s also good at sounding simply bewildered. I really hope there’s more good work coming for him.

Keep good work coming from me by supporting my Patreon or Ko-fi! 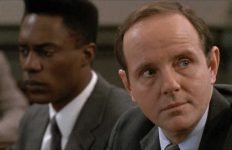 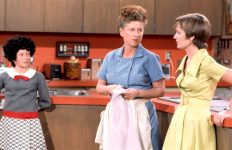 Attention Must Be Paid: Ann B. Davis→ 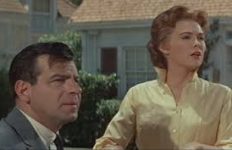 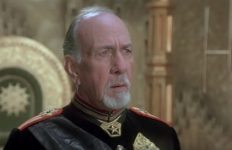 Attention Must Be Paid: José Ferrer→