One of the things that has long fascinated me about David Lynch’s Dune is the cast. When I first saw it, back in seventh or eighth grade, I didn’t know who half the people were. Captain Picard, Agent Cooper, and Sting, sure—but I had no familiarity with Max von Sydow, and honestly that’s not terribly surprising. Not a lot of his movies were suitable for someone that age—while The Seventh Seal is an unexpectedly funny movie, it’s still not one exactly on a sixth-grade wavelength. So say what you will about Lynch’s take on the story, and honestly I rather like it, he at least assembled a spectacular cast.

There are a handful of truly iconic cinematic pairings, and von Sydow and Bergman is one of them. (One of a couple involving Bergman, honestly.) It’s one of those pairings where it’s hard to say exactly how either one’s career would have looked without the other. Certainly it seems unlikely that von Sydow would have become the international celebrity he was without having worked with Sweden’s best-known director. I’ve seen Swedish movies that weren’t Bergman movies, but I don’t think even most film buffs have, and the average American probably hasn’t even seen a Bergman film.

Though of course you don’t actually have to have seen one to be familiar with Bergman’s visuals of von Sydow’s face. And I think it was von Sydow’s long, lean, haunted-looking face that fascinated people and helped create his international celebrity as well. He had intense eyes, the kind that seem made to stare into a person’s soul, and the filmmakers who used him best knew how to film those eyes—certainly they had been given quite clear examples in von Sydow’s Swedish films, so if they didn’t know, they had only themselves to blame.

None of which should be seen as dismissing his own obvious talent, of course. He’s another person who has played an astonishingly wide array of roles—everything from Jesus to Leland Gaunt, that latter being a Stephen King take on the Devil, of course. The actual devil, in an animated film. A Pope or two. A few characters listed only as “Vicar.” The Emperor Ming and the Imperial Planetologist Kynes. Blofeld. And of course Father Merrin; there was something about von Sydow that made people think “clergyman,” obviously. He played an archbishop on The Tudors and was on Game of Thrones. He did Star Wars and Woody Allen and Bob and Doug McKenzie, and Gods love him for it.

Into every long career comes at least one or two turkeys, of course, and while he was the best part of Extremely Loud and Incredibly Close, it was awfully depressing that he was there and not doing something better. He and Christopher Plummer were both up for “long career” Oscars that year, it felt, and Plummer edged him out probably by being in a better movie. It’s a shame. Max von Sydow had a long and impressive career, in multiple languages, and his last film is listed as being in post-production. Let’s hope it was worthy of him. 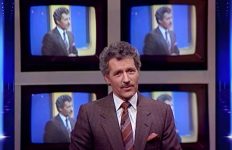 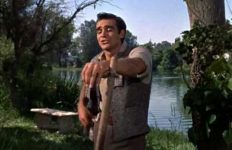 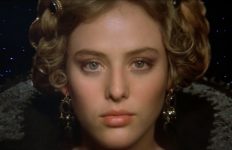 Everybody Wants to Rule the World: Persia on DUNE→