Long-time readers will be familiar with my fixation on novelty cookbooks. They are genuinely one of my favourite things, especially when they’re actually decent cookbooks in addition to being a fun look at for their connection to the source material. So of course when I discovered the other day that there’s an official Bob Ross cookbook, I thought about buying it. And then I recalled that the estate is held by people who are not its best stewards and not, for example, his son, and I declined to give them the money for the officially licensed product.

We want Bob Ross merchandise, and Fred Rogers merchandise, and similar, because they are people who make us feel better about ourselves. I watch The Joy of Painting when I’m depressed because I like listening to Bob Ross (I can’t mentally separate the names) tell me that I’m fully capable of creating, and if I don’t paint his way, that doesn’t mean that the way I paint would necessarily be bad. That is an incredibly soothing thing to hear. Likewise, Mr. Rogers tells us that we’re special and important just the way we are, and we need that.

Worth noting, of course, that both the major figures of that feeling come from the world of public television. Probably the best living figure for that kind of emotional support is LeVar Burton, who helped us read and encouraged us to explore our worlds. LeVar Burton, who we also came to know from public television. And while all three were merchandised—the kids and I own assorted books with the “Reading Rainbow book” label on them, if nothing else—it was quite clear that none of the three were planning to sell us anything.

Yet in the case of both Bob Ross and Mr. Rogers, it’s easy to find people trying to sell us on the good feelings we got from them. They quite want us to know that we can buy that good feeling, if we want to buy books of their happy sayings, or images of them, or things along those lines. Now, from what I know, the Rogers estate is much more careful with his legacy than the Ross estate. But that’s the problem, isn’t it? I genuinely think both men would like us to have things that make us happier, though I also think both were a little alarmed at personifying that feeling, but the money from the Ross merchandise doesn’t go into anything he’d want.

I don’t think there’s anything inherently wrong in getting paid to make people feel better. (Heck, if my articles make you feel better, I’d really appreciate a contribution to my Patreon or Ko-fi!) The question is where the money goes. For living people, you’d hope it goes to things like housing and feeding the living person (and if you give me the money, it does), and beyond that, you’d hope that the living person uses it to keep their support of our feelings going. Fred Rogers used the money to keep the show going, after all.

Once they’re dead, it gets more complicated. Steve Ross, Bob’s son, was largely prevented from painting in public by his father’s partners, because they felt he was trading on the legacy that they legally own. (What he did is legally work-for-hire, it turns out.) Joan Kowalski, who owns the Bob Ross rights, has released the whole series on YouTube and declares Bob Ross to have been the godfather of ASMR, but also is fairly secretive about where the money goes and is zealously protective of the brand. If the company uses the funds for any benefit to anyone who isn’t his former partners, I don’t know about it.

Part of why we loved Bob Ross and Mr. Rogers, part of why we love LeVar Burton, is the feeling that they want good things from us out of the goodness of their hearts. It feels personal, even though obviously they didn’t know all of us. LeVar Burton, in particular, has been important to me since I was a child, and he doesn’t know I exist. That’s fine; he doesn’t have to. It’s more that he, and Bob Ross and Mr. Rogers, want that from everyone. We need that feeling. And if we’re being made to pay for it, we should know that our money will actually help people. 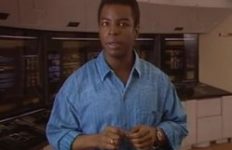 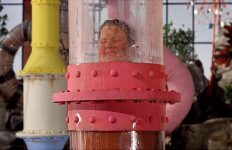 The Friday Article Roundup: Too Much of a Good Thing→ 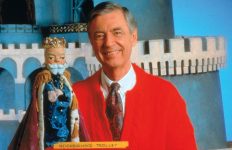 Attention Must Be Paid: Fred Rogers→ 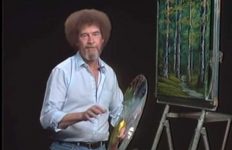 Attention Must Be Paid: Bob Ross→