There’s a sign up from the HOA of the housing development down the block saying not to dump Christmas trees. That must mean the holidays are over. In fact, yesterday was the Twelfth Day of Christmas, the Feast of Epiphany. The last presents are getting opened, which means it’s time for unwrapping our movie gifts for the season. It’s hopefully been a pleasant time for all of us.

Ploughman gifted me with My Name Is Julia Ross, another movie—like Jamaica Inn—which relies on the idea that the Cornwall coast is distant and mysterious and possibly dangerous. It’s hard to be sure exactly when it’s set, except in some sort of vague “early- to mid-twentieth century modern.” In this case, the idea that Cornwall is a place you can go to get away with your crimes, because people will let you do what you want to.

Julia Ross (Nina Foch) is living in Bloomsbury. She’s three weeks behind on her rent and unemployed. She sees an ad for a new employment agency and goes off to it; the woman who runs it tells her that there’s a job opening, but it’s only available for people who have absolutely no friends or partners. She can be the secretary for Mrs. Hughes (Dame May Whitty). She will live on site. Just before she leaves, she discovers that her friend Dennis Bruce (Roland Varno) is not, in fact, getting married, possibly because he is in love with her. They make arrangements to meet the evening of her first day on the job—but they can’t, because she is gone without a trace.

The title rather gives away that there’s going to be a question of identity involved, of course. Her name is Julia Ross, and there are going to be people trying to say otherwise. I’m not going to go into a lot of specifics, because it’s a wild ride, and if you can go on it yourself, you really should. What I will say is that, if you are offered a job where you will be required to live with your boss, always be in before nine PM, and have no family or romantic partner—though I’d note they don’t say anything about friends—you should probably avoid that. Even if they give you an advance on your salary.

The Cornish villagers are the most incurious people I’ve ever seen, too. They accept the explanation right away. They don’t find it in any way unusual, it seems—tragic, I grant you, but not unusual enough to investigate the situation further. Even the maid, Alice (Queenie Leonard), who interacts with Julia, just takes Mrs. Hughes and Ralph at their word despite their claims not, if you think about it for a few minutes, making any sense. At the very least, if I were her, I’d question why there isn’t medical attention involved.

I’m also a little perplexed by who’s credited and who isn’t on this movie. I’m aware that 1945 had different policies on such things, but I can see no other explanation than classism for why Julia’s landlady, Mrs. Mackie, was credited—she was played by Doris Lloyd—and her servant, Bertha—played by Joy Harrington—was not. Indeed, Alice isn’t credited, either, and she’s got at least as much to do with the plot as Mrs. Mackie. Sure, the vicar (Olaf Hytten) isn’t, either, but he’s only got a scene or two and is the sort of character who isn’t usually credited in this sort of movie. Bertha’s more memorable, too; her fury that she, an acknowledged thief, is accused of reading someone else’s mail is probably the funniest moment in the movie.

So what about everyone else? What did you think of the movies you were given? 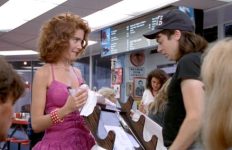 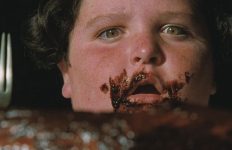 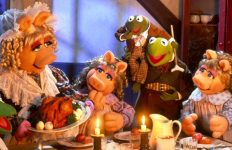