The Great Muppet Caper has never been my favourite Muppet movie. It’s got a lot of great bits, but it never really gels as a story to me. However, fittingly for a movie with an underlying theme about the importance of family—after all, Kermit has to do right by his identical twin, Fozzie—it is also a tribute to Christine Nelson, who died the year after its release of cystic fibrosis. Apparently, Jim expanded the company’s medical coverage to make sure she was cared for, and it is she and her father who are walking in the park while Kermit is dealing with what’s going on; she points him out as a bear. Her father, Jerry, delivers the deathless line, “Bears wear hats.”

There are basically three tiers of Muppet performers. There’s Jim and Frank—the ones anyone who knows the slightest amount about the Muppets know. Possibly the only other one in this tier is Carrol Spinney. The bottom tier is the really obscure ones, mostly people who joined the cast in the post-Jim years and took over characters when people retired, like Eric Jacobson and Matt Vogel. And squarely in the middle are the classic Muppet performers who aren’t Jim or Frank. Jerry Juhl, Faz Fazakas, and Fran Brill, among others. Jerry Nelson was solidly in that group; his name was known to people with a slightly deeper knowledge of Muppet lore but wasn’t exactly a household word.

Of course, his characters were. Probably his best-known character was his most notable one from Sesame Street; his voiced Count von Count even after retiring from the actual puppetry as his health problems increased. He was also several relatives of important Muppets, performing Robin and Fozzie’s Mom. He was J. P. Grosse, Scooter’s uncle who owned the theatre, and he was Camilla, Gonzo’s beloved chicken. On non-Muppet Show properties, he was much more likely to be the lead character, as Jim and Frank were off doing other things; he was Emmet Otter and Gobo Fraggle.

It’s not universally true, but many of Nelson’s characters were musicians. I may genuinely prefer his version of “New York State of Mine” as Sergeant Floyd Pepper to Billy Joel’s. (Apparently, Floyd was the character closest to Nelson’s own personality.) “When the River Meets the Sea” is probably his most iconic song, one he’s performed as both Robin and Emmet Otter; he also sang it at Jim Henson’s memorial service. He also recorded an album actually as Jerry Nelson, singing his own songs, in addition to all the wonderful songs he sang while holding a puppet over his head.

Of course, I can’t talk Muppets without talking family lore; it all comes of having a puppeteer as your favourite aunt. In addition to the singers, he performed a lot of the deeply strange characters—not Gonzo, no, but Crazy Harry. Uncle Deadly. Dr. Julius Strangepork. And the great Lew Zealand, boomerang fish-thrower. He throws the fish away, and they come back to him. This means that Jerry Nelson and my aunt have performed the same puppet, as she did Lew Zealand in the crowd scene in the “Rainbow Connection” reprise. For that alone, we’ll always love him.

Let me count the ways I’d love you to support my Patreon or Ko-fi! 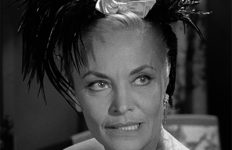 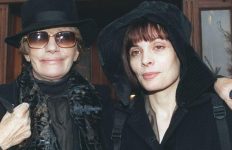