One of the recurring fascinations for this column is people who just . . . stop working. Often, it turns out they went into the theatre, which as established is a lot harder to research. But Zita Johann, from what I can tell, instead went into teaching the mentally handicapped to act. Which is wonderful and noble and should definitely get talked about more, but it’s entirely possible that there’s a whole bunch of stage acting that also just isn’t mentioned on her credits. Wikipedia provides some from 1924-1942, and that’s it.

She is also part of another fascination to me—people who were born in countries that don’t exist anymore. (My great-grandmother, for instance, was born in a town that’s been part of two different countries just in my own lifetime and was a third when she was born.) Her home village is now in Romania. This, of course, made her incredibly exotic in ’30s Hollywood—this was the days when you wouldn’t get actual Asian or African people, but Eastern Europe was foreign and mysterious.

She will always be connected with Boris Karloff, of course. She’s given rather less to do in her version of The Mummy than Rachel Weisz was in hers, to be sure, but she does actually manage to save herself. Which is pretty unusual in a monster movie at all, much less one from 1932. Usually, the heroine’s job is to stand around and shriek; it’s true that Helen Grosvenor called on the power of a goddess to save her, but at least she did it herself. It didn’t take one of the men telling her what to do.

This seems to be rather a theme in Johann’s life; she had an MGM contract that gave her script approval. She rejected every script that came her way and allegedly asked Irving Thalberg why he made such garbage. Which does, admittedly, go a long way toward explaining why she stopped acting in Hollywood, at least. It also reminds us that, even in Golden Ages, there was still a lot of garbage being made.

The last fascinating thing about her that I will share is that, after doing seven movies in three years and then disappearing from Hollywood, she did have a comeback of sorts. She played the librarian, from what I can tell a small but important role, in the 1986 Raiders of the Living Dead, possibly the only movie wherein a weapon is made by taking the laser out of a Laserdisc player. You will understand that I have not seen the film, but I really want to know how she was persuaded to take the role.

Keep me working by supporting my Patreon or Ko-fi! 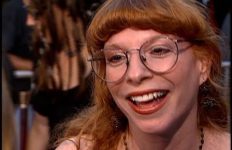 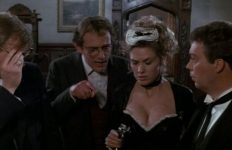 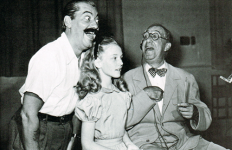 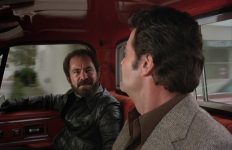