In 1973, Michael Moriarty played Jim O’Connor, the Gentleman Caller in a made-for-TV production of The Glass Menagerie, by Tennessee Williams. It’s a fine production. Katharine Hepburn played Amanda Wingfield. The three other roles were played by relative unknowns. Honestly, its Laura remains relatively unknown; Joanna Miles is probably best known for either that or Rosencrantz and Guildenstern Are Dead, wherein she played Gertrude. But as Tom, brother of Laura and son of Amanda, was Sam Waterston. Moriarty won an Emmy for the role. He would never win for playing Ben Stone.

It was not a role for a young man. It needed a middle aged person. One who had spent decades poking around, doing hard and thankless work. Like, you know, someone who’d been acting for more than twenty years, first on the stage and then onscreen. Someone who’d slogged through mediocre-at-best horror movies. Someone who had perhaps gotten high critical acclaim for a couple of prominent roles that never quite translated into long-term success.

Like so many people, I saw the series for the first time on cable. Which, pretty well by definition, means coming in at a random point. Probably most of us became familiar with Ben as a contrast to Jack instead of the other way around. Either way, it was quite the contrast. Ben was quiet, thoughtful, and tactful. He was firm in his beliefs, but he listened to others. He was compassionate, but he was a stern prosecutor when that was what the situation requires.

Why did he leave the show? Depends on whom you ask. It seems clear that, one way or another, it has to do with Janet Reno’s declaration that the show was too violent. Either Moriarty left because they “caved in” to Reno’s demands and tamed down the show or else he was fired for erratic behaviour. Since he seems to have been dealing with alcoholism at the time, erratic behaviour was likely a problem, even if his version of the story is true.

In the years since Law & Order, he has continued to work, including being in the unaired pilot of The Dead Zone in the role that would eventually go to David Ogden Stiers. But the thing of his that sounds the most interesting is a movie based on his own play Hitler Meets Christ, in which he plays Hitler. Or, more specifically, a homeless man who believes he’s Hitler. Who meets a homeless man who believes he’s Jesus. It could either be fascinating or terrible; it’s the sort of thing that seldom has any middle ground.

Help me get around to actually acquiring a copy of that production of The Glass Menagerie; consider supporting my Patreon or Ko-fi! 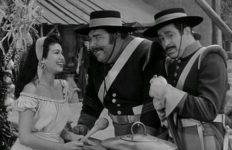 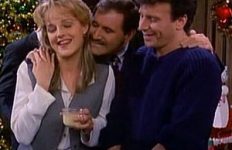 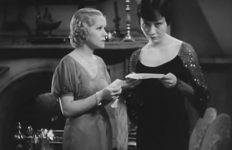