I feel as though Phylicia Rashad is in a difficult position. She had OJ Simpson and Bill Cosby at her third wedding. At the time, they were examples of successful black men, as was her then-husband, Ahmad. And she’s been held responsible for her interactions with those men in a way that I don’t think is entirely reasonable. Since her third husband was involved in football, it wasn’t surprising that he’d invite a football player. Since her costar was Bill Cosby, it wasn’t surprising that she’d invite Bill Cosby. Her subsequent defense of the latter has been Not Great, but I’m also not completely surprised by it for a whole host of reasons.

She was born Phylicia Ayers-Allen, the daughter of orthodontist Andrew Arthur Allen and Pulitzer Prize-nominated Vivian Ayers, a poet of no little renown. Clearly, her mother’s creativity ran in the family; her brother, called Tex, is a jazz musician, and her sister, Debbie, is, well, Debbie Allen. The family lived in Mexico for a while, so Rashad speaks fluent Spanish. And she is the sibling who went on the stage to act first, not to dance or play an instrument, and she started herself a nice career on Broadway.

She’s had a more substantial Broadway career than I think people realize, honestly. She sings well enough to have been in Dreamgirls and The Wiz and to have an album and so forth, and that, from what I can tell, seems to be how she came to the attention of Bill Cosby, who I assume is the one cast her for The Cosby Show, though my usual sources don’t talk much about that. She is, in fact, the first black actress to win a Tony for Best Actress (play), for a relatively recent revival of Raisin in the Sun.

Because stage seems to be her love, from what I can tell. Her IMDb page has some interesting stuff on it; it turns out that the Rocketeer that Disney had been making noises about is an animated version for Disney Junior, which I found out because she did a voice for an episode. However, while there’s a fair amount on there, it’s clear that she’s been doing much more steady work on the stage instead. Among other things, she’s been doing Shakespeare and Euripides, and more power to her.

Even in the ’80s, I liked Claire better than Cliff. Claire was an intelligent, compassionate woman who was clearly used to being the grown-up in the house. Rashad has been talked about since then as one of the TV mothers everyone kind of wishes they had, and I won’t deny the appeal. Except for the part where having her as a mother would presuppose having him as a father, which I could definitely do without.

Help me be a providing mother for my own kids; consider supporting my Patreon or Ko-fi! 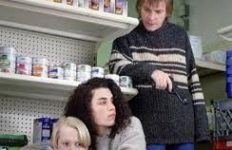 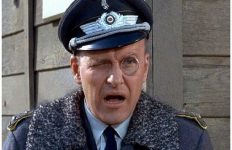 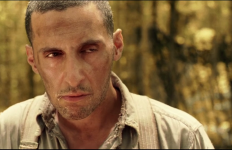