Browse: Home / Film on the Disc: THE BEST YEARS OF OUR LIVES / DUNKIRK

Dunkirk arrives at our hypothetical Best Picture Winners reunion in the future. There’s plenty of options for company. Patton waves from across the room. The Bridge on the River Kwai gives a pat on the back. Dunkirk keeps walking, turning off the phone which is receiving a string of snide text messages from Saving Private Ryan. There’s only one comfortable place to sit. An open barstool next to 1946 winner, The Best Years of Our Lives.

War movies have always played strong with the Academy, with two out of the first three ceremonies giving top prizes to films set around World War I (Wings and All Quiet on the Western Front). War films or films taking place during wartime are almost guaranteed to be represented among the nominees. There’s nothing more compelling or important as war, and the Oscars are all about reminding us how compelling and important movies are.

A film like Dunkirk is something special among this crowd. No battles are won, few men behave as heroes and not all of them are soldiers. The survivors fret how they will be received after returning from a losing effort. The film features the war, but it’s on a front far away from the victories, and this is where it has dialog with Years, a film set after the war. Like (some of) the characters in Dunkirk, the soldiers in Years have made it back to their homeland (The United States in this case), but the war’s conclusion doesn’t make it over for them. “Shell shock” is the enemy of Years, set after the Nazis have been vanquished, and Dunkirk, which depicts the Nazis as a faceless force, less an enemy than a half-remembered nightmare.

Years may have more to offer (almost an hour and a half more, in one sense). Years was released in the wake of the war while Dunkirk could keep a distance. But they’re alike in the sense that both see the end of the war as the beginning of a new process and new battles. “All we did was survive,” complains one character. “That’s enough,” comes the reply. 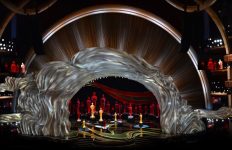