With Black Dynamite, director Scott Sanders crafts both a ceaselessly entertaining blaxploitation spoof and a loving blaxploitation homage. The result is charming and exuberant. It’s full of intentional goofs, the kind all bad movie fans have a soft spot for–actors mistakenly include stage directions in their lines (“The militants turn, startled!”), a boom mike drifts into frame, someone breaks character after being actually hit in a fight scene, and a Shakespearean-trained performer struggles to sound like, well, anything other than that. The film has obvious fun digging into every genre cliche, from overly elaborate “it all comes together” conspiracy breakdowns to gratuitous kung fu and nunchucks to the even more gratuitous heroic angst.

One of the best and most timeless spoof details is the way the characters will respond to their dictated emotional beats regardless of whatever the hell just happened, as though they’re existing in a parallel reality where the screenwriter actually wrote a scene to convey their intended meaning. At one point, Black Dynamite (Michael Jai White)–supposedly a heroic protector of downtrodden women abused by their pimps–viciously tears into one of his girls for interrupting him: “I should send your ass back to Crenshaw Pete with his hot-ass coat hangers, bitch. Would you like that?” As the poor woman slinks away, the designated love interest, Gloria (Salli Richardson), waits a beat before dreamily telling Black Dynamite, “I know that we just met, but somehow I feel that I can trust you.” You may wonder about Gloria’s survival instincts.

Even just tracking the deliberate inconsistencies is a delight. At one point, Black Dynamite tearfully sits by his mother’s death-bed, full of inner pain at the loss of her and the troubles of his younger brother–“I’m eighteen-year-old Black Dynamite, and you’re my sixteen-year-old brother, Jimmy”–whose murder will later (of course) motivate him to take on the movie’s plot. Later, when it’s convenient to have another kind of just-add-water source of supposed emotional heft, Black Dynamite spent his whole childhood as an orphan, in a building that’s just labeled ORPHANAGE.

And throughout all this, Black Dynamite never loses track of its affection for its source material. Even as it’s lampooning bad filmmaking and a questionable hodge-podge of themes and messages, it’s also just having the good old-fashioned fun of throwing every bit of pulpy awesomeness at the wall to see what sticks. It’s magnificently indulgent, letting its hero solve all the world’s problems in a tight eighty-four minutes and building an appealing, brightly colored fantasy of a universe where an ex-CIA operative/kung fu expert/Vietnam veteran can clean up the streets, quash a covert attempt to systematically injure the Black community, and beat the shit out of Richard Nixon. Now that’s catharsis. Like Anaconda Malt Liquor, it gives you WHOOOOO. 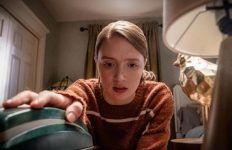