The snow lies deep on the Ploughman’s driveway, challenging the man to live up to his chosen name. A warm mug of cocoa appears in his weary Ploughman hand. The computer is booted. The Solute is in the browser.

“Not just yet,” he tells the snow. For the Ploughman knows that a clear driveway is but temporary, but recommending a movie and receiving a movie recommendation – therein lies eternity.

We (or at least I) had such a good time with last summer’s gift exchange at The Dissolve’s birthday, I thought I’d bring it back around for that other gifting time of year, the holiday everyone can agree on: National Handwashing Awareness Week.

This idea comes from former Film Comment digital editor Violet Lucca who used to do a similar exchange on the FC podcast. It is, as aptly put by Gillianren, a cross between Secret Santa and The Dissolve facebook group’s Tradefest. You “give” a movie to someone – meaning you will recommend a title to watch. You will also receive a “gift” – i.e. a recommendation for a movie for you to watch. On Unwrapping Day, watch for the Movie Gifts article and post your thoughts on the film that was gifted to you – it can be as elaborate as an essay or as simple as a “Thanks.” You can look at last summer’s unwrapping thread to get some idea of how people responded but there’s no set way for doing it.

We’re going to try doing a broad theme this time around to give a little idea to givers. It’s not something I’m planning to enforce in the slightest, so just use it as a suggested jumping off point:

Theme: Your Home. Share your home this holiday season. Give a title that describes your country/state/city/domicile. This can mean it literally takes place there or it just evokes the feeling of being in your area of the world or with your family. Is your neighborhood just like Mission to Mars? Do you get the feeling of hanging out with your family when you watch Reservoir Dogs?

Use this theme only as it helps come up with a rec, discard it if you have a better idea what to give the person.

Simply state “I’m in!” below and your watching preferences if any (I’ll keep updating a comment below that has a list of everybody who’s in – make sure your name is in that comment by the end of the week). Next will come an article with the (randomly drawn) order of gifting

Short answer: however you want to approach it. Personally, I’ll try and tailor my rec to the person I’m giving to but, much like the theme, it’s optional. The only real idea is giving a recommendation that has to be taken. Whether you use this power to be a mensch or a Grinch is up to you and your conscience.

We did a chain last time where you give to the next person in the order and receive from a different person ahead of you in the line. This seemed to work out fine so I don’t plan on changing it. The order is determined by random drawing from the Ploughman’s hat. It’s like a quiet, less sentient version of the sorting hat in Harry Potter.

Thanks in advance to everybody who participates and don’t forget the reason for the season (handwashing)! 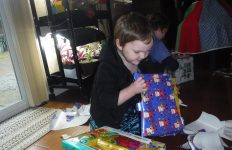 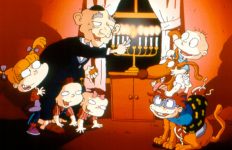 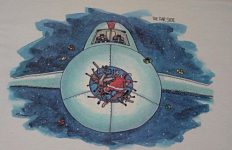