A deluge of family features will be arriving this summer, with the past weekend bringing the first of such films (The Angry Birds Movie) that we’ll be seeing by the truckload over the next few months. This weekend brings Alice Through The Looking Glass and the weeks afterwards bring new Ninja Turtles and PIXAR films. And just like with any motion picture, before these family movies come out they’re gonna release a trailer to promote themselves. Three of this year’s more high-profile family films actually debuted new trailers this week so let’s look at ’em now, shall we?

Finding Dory
I’ve made my reservations over this project no secret over the past few months but I freely admit that this trailer gives me some hope that directors Andrew Stanton and Angus MacLane may have come up with some interesting thematic material to cover in the actual movie in addition to filling the running time with plenty of callbacks to the original movie that’ll take advantage of my generation’s adoration of the original Finding Nemo. Also; those sea lions at the very end are a hoot, love seeing Idirs Elba in so many high-profile movies this year.

Sing
The first teaser for the newest film from Illumination Entertainment (the studio that gave birth to the Minions and, by proxy, those hideous Minion memes that consume Facebook) basically just showed off some animals singing pop songs and twerking. As you can imagine, that didn’t do much of anything for me, but this newest trailer that concentrates on more character and plot details is…well, more promising, let’s say that. It looks like a cornball cheesefest, but its earnestness is kind of endearing, I freely admit. Plus, the cast is stacked and a good musical (this one appears to be more of the jukebox variety ala Mamma Mia!) can be hard to beat. Hopefully the pop culture references and bathroom humor are kept to a minimum in the actual movie and they rely more on sincere heart-string pulling since that’s the part of this particular trailer that works the best.

The Little Prince
What a rocky road The Little Prince has had in its quest to be released in the US. Paramount Pictures planned to release the film theatrically this past Spring on March 18th. They had already promoted the movie and even attached the trailer to major late 2015 releases like The Good Dinosaur and the studios own Daddy’s Home. Then….nothing. A mere few days before its release Paramount pulled The Little Prince off their release schedule without explanation. Netflix subsequently picked the features US rights up and will release it on the streaming service on August 5th. Like the original Paramount trailer, this new extended glimpse at the film is seemingly scientifically created specifically to stir up your emotions, and yeah, it works for me. Very excited to finally watch this super promising looking motion picture when it arrives on Netflix towards the end of the summer. 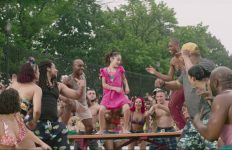 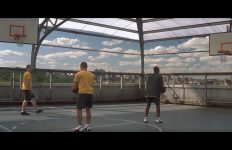 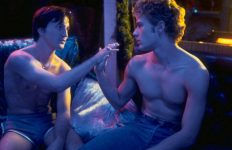 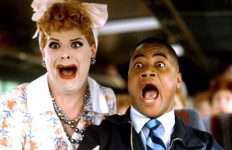