I have many traditions during the holiday season, but perhaps my favorite is one between me and my Mother. We always like to count how many times we hear one particular Christmas song on the radio. Now, it’s common, even expected, for Christmas tunes to be repeated on the radio, at truth be told, that’s mostly fine. The exception to that rule is Last Christmas, a song played so many times over the course of Christmas time that me and my Mother conjured up the tradition of counting how many times we hear it each year in order to avoid insanity.
What strikes me about Last Christmas, aside from its tendency to be repeated on an endless basis during December, is how many times it’s been covered. Again, not a unique thing for a Holiday themed song, I’m sure very singer in history has put their own spin on, say, Jingle Bells. The song originated from Wham!, a British band who set the standard for the unending cover versions to come; create a mood that’s overall a bit upbeat, but mostly determined in it’s goal of not repeating past yuletide romance mistakes.

Here’s what’s interesting about the song, at least to me: it’s age. Whereas Jingle Bells and Sleigh Ride have been around since the days of Frank Sinatra, Last Christmas actually just celebrates it’s thirtieth anniversary this year. It’s not the “newest grooviest” song on the block, but it’s certainly much more contemporary than many of it’s other Christmas song kin. Still, even with a much shorter lifespan under it’s belt, the song has managed to be covered by a wide array of artists, ranging from Coldplay to Atomic Kitten to Taylor Swift.

The reason for the songs enduring placement in holiday pop culture is honestly pretty simple; it’s one of the few songs for this time of the year that talks about more somber emotions. It’s lyrics that depict pain and rejection sharply contrast with more cheerful Christmas themed songs, and considering how universal those emotions are, that likely suits listeners just fine. I’m not the biggest fan of it, but at least it sparked a memorable tradition with me and my mother….so thanks for that, Wham! 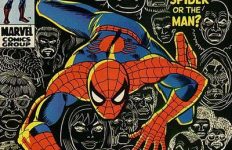