I’ve been fortunate to attend a fair number of film festivals, partly for professional reasons, mostly because I just love a good festival. I’ve hit a few of the big ones – Sundance, South by Southwest, Telluride.  I’ve attended now defunct festivals, usually ones that were dependent on an unsustainable amount of enthusiasm and drive of a few individuals. The KAN Film Festival was useful for unscrupulous filmmakers who could brag they got a film into KAN and hope nobody would ask about the spelling. I’ve been to local festivals and regional ones, both in my own region – like KC Film Fest and its more grown up cousin, The Kansas International Film Festival – and in other states and regions including the Pacific Northwest, the deep South and Manhattan (I mean the one in New York – though I could probably just go down the road to Manhattan, Kansas and make a KAN-like claim).

So I hope this context adds a little weight to my claim that there is no festival out there like the True/False Film Festival in Columbia, Missouri. The festival’s film lineup consists entirely of documentaries, features and shorts, and even just a day’s sampling shows the range of styles and genres encompassed under the heading documentary. I’ve spent at least a day there three years running and have yet to walk away without seeing multiple films that expanded my knowledge of a subject, my empathy for people and my idea of what cinema can accomplish.

While the scope seems narrow from the outside, the programming is sharp and diverse. Documentary is an elastic enough term to encompass a couple quasi-narratives (this year’s Nuestro Tempo or last year’s American Animals for example) and True/False goes out of its way to include experimental fare. There’s also straightforward titles like Won’t You Be My Neighbor last year and sure bet Apollo 11 this year, but one never gets the sense they’ve been included on hype alone. “There’s something for everybody” usually means middle of the road, but in this case it means the programming can challenge film goers of all stripes of experience and taste.

And that’s what makes True/False stand out even among the big festivals: the attendance, quantity and quality. For a college town, and one not particularly known for their contribution to film (Jon Hamm and Brad Pitt notwithstanding), Columbia comes alive for the festival. There are lines around the block for foreign language documentaries. All the venues are within walking distance of one another and up and down the street and in every restaurant and coffee shop you hear deep dives into the films playing. I slipped into conversations with strangers easily because just our purposeful gaits gave us away as festival-goers determined to squeeze everything we could out of our day pass. Despite the large crowds and quickly sold-out screenings, True/False remains the most well-organized and democratic festival when it comes to ticket sales. 10% of all tickets are held back from sale and there is a Queuing system for every film where you can line up for a number an hour ahead of time for a ticket like large theme parks do. Depending on the popularity of the film, the size of the venue and your level of determination to see it, any film is possible to see at a price not much different than a regular theater ticket (significantly less if you’re a type-A festival attendance planner).

This year, as has happened in years past, a snowstorm blanketed the town on its final day. I picked up my Q number from the brightly dressed “Q Queen” and walked the streets with a cup of coffee. An army of volunteers cheerfully shoveled the sidewalks on every block. People stood in line hoping to get in to see a block of shorts. It was beautiful, unique experience of film, and I hadn’t even watched the movie yet. 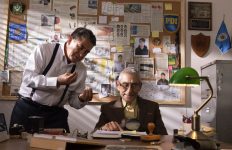 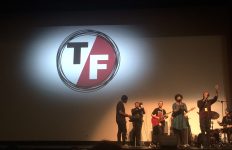 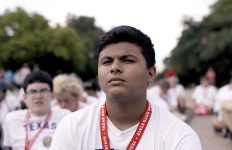