I was reading an article about mansplaining this morning. Apparently, the translator of the Hebrew version of the Harry Potter series was once trapped in a car with a man who had read none of the books and had only seen the first movie, and he was telling her that her take on the books was wrong. In fact, he told her, the books were obviously dream texts, as all fantasy novels are dream texts, and they’re about sex, because all coming-of-age stories are about sex. Obviously, this is a ridiculously reductionist take on both of those things. Still, it is true that a vast majority of coming-of-age stories, particularly concerning boys, fit into a narrow description, if not quite so narrow as that.

Obviously, there are exceptions. And I don’t want to say that I’ve stopped reading or watching stories where boys come of age entirely . . . though I’ve mostly stopped watching French movies on the subject, because those mostly are about sex, and they tend to be about sex in some really unpleasant ways. I’m willing to take recommendations, here, but I never want to see another twelve-year-old French boy lusting over some hypersexualized sixteen-year-old French girl again, you know? Still, even those have plot beyond sex, mostly.

But beyond the sex, most of them follow a pretty basic plot. The boy will probably be outcast and alone for some reason. He will have problems with his family. He will have a couple of friends, but seldom more than three. He will have a mentor who the audience will immediately recognize as not being as worthy of respect and admiration as the boy thinks he is. Possibly because of that mentor, his trust in authority will be damaged. His friends will help him build confidence in himself as an individual and his own abilities. He will see himself in his friends, and it will teach him empathy for others’ problems and failings.

Again, there are going to be exceptions. Gordie Lachance doesn’t have an older mentor—at most, Chris Chambers is a few months older than he is! There are no few boys who never seem to learn that empathy. Arguably, the mentor in American Graffiti, if there is one at all, is Wolfman Jack, whose only real failing is being a human; he’s as much a mysterious figure after we meet him as he was before, and it’s just that he’s adopting a radio persona. Ponyboy in The Outsiders has a gang, not just a couple of friends, which is true of most S. E. Hinton—and those characters only occasionally have mentors. But even in these stories, we’re still hitting a lot of the basic beats.

Are the stories about sex? Often. And even when they aren’t, they tend to have an overlapping attitude toward women. There are basically no girls intruding into “The Body,” or Stand By Me, at all, beyond a brief reference to Annette Funicello and of course a few adult women. But half of American Graffiti is about the pursuit of the Blonde in the T-Bird. Almost Famous dips into the ethically dubious world of sex in the ’70s rock scene, but most of its female characters are either “band aids” or prudes. There are a few other choices for female characters—you can, for example, be One Of The Boys—but there tends to be a very clear wall between the story’s male characters and its female characters. I suppose Billy Elliott is the obvious exception there.

Don’t get me wrong; that doesn’t mean there aren’t some fine works in the genre. (For the record, A Boy And His Animal films are often a subgenre with its own limitations, including that the animal will almost certainly die.) In fact, I have yet to mention one that I don’t like at least a little. I could easily talk about similar restrictions in A Girl Coming Of Age stories, too. But I think that’s at least some of my point; these are very clear plots that are as formulaic as any Hollywood blockbuster—and of course Spider-Man is just the story of Peter Parker’s becoming a man—that tend to get ignored so we can call something studio product and look down on it for following its own prescribed plot.

Help me send my son on a road trip that will change his life when he’s a bit older; consider supporting my Patreon or Ko-fi! 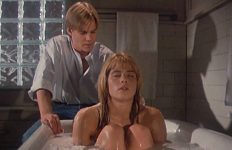 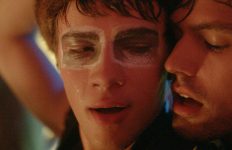