Browse: Home / A Month with MoviePass

About five weeks ago a friend of mine opened his wallet to pay for his dinner and showed me a bright red card. “Have you heard of Movie Pass?” he asked.

“No,” I said, unaware of the rabbit hole opening below my feet. “What is it?”

I have two darling children ages six and three. They are the treasures of my life. But you know what they aren’t yet? Great movie companions. Between driving up the costs of tickets (i.e. – babysitter) and driving down the amount of available cash, time and desire to leave my house, my movie-going plummeted in the last half-decade. Once a weekly-or-more habit, my theater trips became limited to major holidays (when grandparents could watch the kids) and business trips (per diem + lonely hotel rooms = movie time). Mine is certainly not a unique situation.

Enter MoviePass. MoviePass is a movie subscription service that’s been around a while but recently got a big boost in membership when it dropped its fee to $9.95 per month. With MoviePass you can see a regular-priced (i.e. – 2D, non-iMax) movie per day, every single day, for this ten dollars. It’s true – you can watch movies for less than the typical cost of one ticket.  Stranger still, the theater still gets full price for the ticket. This was important to me, because one of the two theaters in my town is independent and I’d hate to take away from their box office. The other option is a member of the second-largest theater chain in the country. MoviePass works with both. In fact, it works with any theater anywhere in the country that has standard ticket prices and takes Mastercard.

My friend introducing me to MoviePass was like Dylan turning Lennon on to pot, except instead of Rubber Soul, I’ve only been able to generate more timely discussion points and one review.

But like pot (which would result in nothing productive from me) MoviePass’s results will vary according to the person. After a month with a card, I share my results with you here.

First, I am not concerning myself why the card works at this point. All the money for the tickets is covered by MoviePass, who is attempting to get subscribers at a massive cost to the company. This seems extremely precarious from a sustainability standpoint, but Mitch Lowe’s other ventures – a couple little companies you may have heard of called Netflix and Redbox – seem to have figured out how to survive even with heavy losses.

As for how the card works, you sign up for account online or via the app with simple information – name, address, etc. Less than you would need for a checking account. You’re mailed a bright red debit card. When you want to purchase a movie ticket, you must get within 100 yards of the theater, use their smartphone app to “check in” to the movie showtime you want (ineligible movies, like 3D showings, show as unclickable gray boxes). The exact amount of the ticket is instantly transferred onto the card, and you have thirty minutes to purchase the ticket. There are mechanisms for getting the day’s movie returned if the showtime turns out to be sold out or you change your mind, but I have yet to make use of this system.

The process of getting the card was the only hiccup I encountered. It was minor for the overall experience, though not a great start to a customer relationship. The card arrived within the 7-10 days the website indicated, but unlike the claim on the website, I was not able to activate my card on its arrival. The customer service live chat feature built into the app that the site proudly touts got zero responses over a day and a half of attempts. Questions via email and twitter also went unanswered. This is because over that period they were adding somewhere in the neighborhood of 1 million users (another 500,000 have been added since I signed up), and they apparently have no ability to keep up with that kind of demand. A week later, my card activated (I received a form email notice about the activation unrelated to my questions to customer service). To their credit, though I was charged for the first month when I signed up, the month did not begin until the card was activated.

After stumbling out of the gate, it’s been smooth sailing, though I fear now that if I have a problem there will be no customer service available to help. I’ve used the pass five times with no problems. Four out of the five times I arrived ten minutes before my showtime, checked in, and got my ticket as if using a regular credit card. The fifth I bought a ticket for later that night, but the process was still the same.

A minor benefit is since you’re still paying money for the ticket, my theater keeps up my rewards points. I’ve earned a small popcorn and free movie ticket during this period.

It took a little bit of bending over backwards for one movie – Star Wars, with a friend. He wanted to get tickets ahead of time (this was a few days after opening, but our theaters are pretty small). There’s no way to use MoviePass except for the same day and with the app loaded within 100 yards of the theater. My solution was to head to the theater and purchase a ticket for that evening early in the day. This is not a solution I would care to employ often, but it is also not a situation I encounter often, as I don’t really do opening days and other quickly sold-out events. Nor do I have regular access to an iMax theater or a desire to see anything in 3D.

Importantly, this also works for me because 1) I’m in the US with a smartphone – a situation I recognize as not universal and 2) my wife has her own proclivities outside of watching movies that she is happy to indulge every so often while I go to the theater. MoviePass will not hire a babysitter, and while MoviePass doesn’t stand in the way of group outings, it doesn’t currently do much to facilitate them (see above). If you like seeing 3D movies two-at-a-time with your partner, this may not work out for you. On the other hand, if you only finagle using it for two shows with in the month, even at matinee prices you come out ahead.

This month might be a bit of an outlier because the looming awards season means a steady supply of movies that interest me. On the other hand, even once we’re into Liam Neeson season, I’ll be more likely to try something different in the theater if I’m basically seeing it for the cost of a rental.

With MoviePass, I have the ability to take chances on films. I subscribe to the notion of a ticket purchase as a vote for the type of movies I want to see occupying our theaters. I can reward theaters that program films that I want to see on a more regular basis. That’s worked for me, so far. 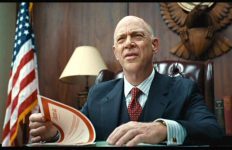 MoviePass: What Did We Learn?→ 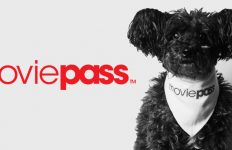 A Year With MoviePass→