Ever since they first came into existence with the first Despicable Me movie, Illumination has been unstoppable at the domestic box office (save for their one foray into live-action filmmaking, Hop). Each of their computer-animated films has grossed over $200 million domestically, all but one of those movies have cracked $250 million domestically and four of their titles have grossed over $850 million domestically. That winning streak came to an abrupt and unexpected win this weekend with The Secret Life of Pets 2, which, despite scoring the highest opening weekend theater count (4,561 locations) for a movie that isn’t Avengers: Endgame grossed just $47.1 million. That’s a whopping 55% drop from the $103 million bow of the first Secret Life of Pets and the first time ever an Illumination animated feature has opened below $50 million.

Considering Illumination has managed to wring so many movies out of those Minions characters, it is surprising to see that The Secret Life of Pets couldn’t sustain a successful sequel, though it is interesting to note that computer-animated family movie sequels rarely do exceedingly well at the domestic box office. Oh sure, the majority of the PIXAR sequels, benefiting from nostalgia-driven marketing, do well and major landmark comedies like Shrek and Despicable Me saw their sequels improve from their predecessors. But beyond that, there’s a shockingly large number of these titles that fail to meet the grade. Both of the Cars sequels made less than their individual predecessors, ditto for the Kung Fu Panda and How to Train Your Dragon sequels while Rio 2 and Cloudy with a Chance of Meatballs 2 fell short of the domestic box office grosses of the movies they were following up. Even the highest-grossing Hotel Transylvania and Ice Age sequels have only seen 10-15% gains from the first movies in their respective franchises rather than giant leaps forward. Meanwhile, the likes of The LEGO Movie 2: The Second Part, Happy Feet Two, Planes: Fire and Rescue and now The Secret Life of Pets 2 have seen considerable drops in domestic box office from their predecessors.

14 of the 25 highest-grossing computer-animated movies domestically are non-sequels. The fact that 11 of those, including the top 4 biggest computer-animated movies ever at the domestic box office, are sequels indicates audiences don’t automatically turn up their noses at a follow-up, but it has to be one that people have actually been waiting a while to see. Otherwise, the track record here seems to indicate family audiences actually tend to prefer original concepts (or even just non-sequels based on pre-existing source material) to a rehash of what they’ve already seen. The rampant marketing for Secret Life of Pets 2 always looked too derivative of its predecessor and never quite delivered a reason for why audiences should see this feature, thus explaining why it fell prey to the box office doldrums that plague so many computer-animated sequels. With Toy Story 4 on the way in two weeks, it’s like Pets 2 only ends up in the $150-160 million range domestically.

Pets 2 was a box office underperformer for sure, but it looks like Avengers: Endgame in comparison to Dark Phoenix, a $200+ million budgeted feature that grossed a meager $33 million over its opening weekend. That’s a 49% drop from the $65 million bow of X-Men: Apocalypse from three years ago and makes it only the fourth live-action movie based on a Marvel or DC Comics property (following Jonah Hex, Ghost Rider: Spirit of Vengeance and Fantastic Four) in the 2010s to open beneath $50 million while it’s handily the lowest opening weekend in the X-Men saga, which has previously never seen a movie open below $53 million.

X-Men: Apocalypse got a mixed response from the general public, so doing a sequel should have resulted in a Thor: Ragnarok level overhaul rather than a follow-up that basically just amounted to more of the same mutants reenacting the plot of X-Men: The Last Stand. The lack of big set pieces or beloved characters making their big-screen debut in the marketing materials only further hindered the films already limited commercial prospects. Given the poor audience word-of-mouth Dark Phoenix is generating (it got only a B- CinemaScore, a worse score than the ones received by Green Lantern and Batman v. Superman), it’s highly unlikely Dark Phoenix crosses $100 million domestically, which would make it the first X-Men movie to end up beneath that domestic box office mark. Heck, it’s likely this movie ends up with a lifetime domestic gross below the $90 million opening weekend of X-Men: Days of Future Past from five years ago.

Many, myself included, thought Aladdin would end up being one of the box office duds of Summer 2019 but it continues to shine and emerge as one of the bigger hits of the season instead.

Ma fell 56% in its second-weekend, grossing another $7.8 million for a ten-day domestic haul of $32.7 million. John Wick: Chapter 3- Parabellum had the best hold in the top ten this weekend by dipping just 33% and grossing another $7.4 million for a $138.6 million domestic haul. Looks like John Wick’s latest adventure will become only the eighth Lionsgate movie ever to crack $150 million domestically. Avengers: Endgame, meanwhile, fell 40% for a seventh-weekend of $4.8 million and a domestic gross of $824.3 million while fellow holdover Pokemon: Detective Pikachu fell 57% for another $2.9 million for a $137.4 million. Rounding out the top ten was Booksmart, which dropped 52% for a third-weekend gross of $1.5 million for a domestic gross of $17.8 million. It looks like Booksmart will narrowly join Vice as only the second movie self-distributed by Annapurna to gross over $20 million domestically.

A Dog’s Journey jumped up 22% from last weekend, likely because Universal attached it to drive-in screenings of fellow Universal title The Secret Life of Pets 2. Grossing another $1.3 million, A Dog’s Journey has only grossed $21 million domestically. BrightBurn fell a massive 77% in its third weekend of release, grossing $560,000 in the process for a domestic gross of just $16.3 million. The Hustle also fell sharply this weekend as it dropped 66% for a fifth-weekend gross of $449,000 and a domestic gross of $34.4 million. The Biggest Little Farm, expanding into 285 locations, fell only 20% from last weekend and grossed $347,000 for a domestic gross of $2.45 million.

After a few weeks of the arthouse scene being quiet as a mouse, the first weekend of June actually saw a number of new limited release titles excelling, top among them being Late Night, which opened to $249,000 from 4 locations for a per-theater average of $62,250, the fourth-best opening weekend for an Amazon Studios release bowing in under 10 locations. Now to see how it does when it expands into over 1,500 locations on Friday. Faring far worse was holdover All is True, which abruptly expanded its theater count to 328 locations and grossed $237,857 for a dismal per-theater average of $724. Oh Sony Pictures Classics, how you mystify me with your hair-brained release decisions. All is True has grossed just $752,634 domestically. Moving back to strong limited release debuts, The Last Black Man in San Francisco grossed $230,000 from 7 locations for a great per-theater average of $33,000. That’s the fourteenth biggest opening weekend ever for an A24 release, which bodes well for when it expands its theater count in the weeks to come. Echo in the Canyon, in its third weekend, expanded into 43 locations and grossed $205,337 for a per-theater average of $4,775 and a domestic gross of $501,081.

The Souvenir expanded its location count to 145 theaters this weekend and grossed $169,500 for a per-theater average of $1,169 and a domestic gross of $696,190. The Tomorrow Man continued its underwhelming box office performance by grossing $144,437 from 207 locations for an anemic per-theater average of only $698 and a domestic gross of only $219,327. Moving back to a limited release newcomer, the Ron Howard documentary Pavarroti, possibly the last movie self-distributed entirely by CBS Films, bowed to $142,000 in 19 locations for an OK per-theater average of $7,500 while This One’s For The Ladies grossed a respectable $16,000 from a single location, one of the better debuts for an NC-17 title this decade. Finally, Facing John DeLorean opened to $9,106 from a single location.

The top twelve movies this weekend grossed $160.6 million this weekend, the fifth biggest weekend ever for this time of the year and up 43% from this same weekend last year when Ocean’s 8 debuted at the top of the box office. 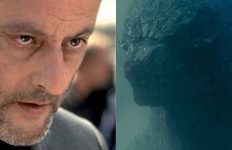