Greeting, my lovelies!  This week, I have articles about the Oscars, Ozu, and more!

Nicole Sperling discussed who, if anyone, should replace Kevin Hart as the host of the Oscars on December 12th for Vanity Fair:
“Still, the show must go on. An idea has been gathering steam to do away with a host altogether, and instead engage a group of celebrities to hand out the awards, as used to happen during the Oscars many years ago.”

Also on the 12th, Marley Marius celebrated the films of Yasujirō Ozu for Vogue:
“At his best, Ozu worked on an intimately human scale; his scripts, cowritten by Kogo Noda, considered family dynamics—often, how parents related to their children (see 1949’s Late Spring; 1951’s Early Summer; 1953’s Tokyo Story, widely considered a masterpiece; 1958’s Equinox Flower; and 1962’s An Autumn Afternoon, among others)—and the uneasy compromise that love and freedom must negotiate with loyalty and security. As his career progressed, what his films lacked in taut suspense and grand revelation, technical flourishes and, until 1958, the use of color film, was more than made up for in pure, powerful feeling.”

On December 13th, Alyssa Bereznak discussed how blind items changed Hollywood on The Ringer:
“With the correct context, what was once relegated to the exclamation-point-riddled coverlines of a gossip magazine can now be a groundbreaking national story. The whisper networks that have long informed people how to navigate their workplaces and communities have been made plain.”

Also on the 13th, Seanbaby at Cracked listed 11 forgotten superheroes from Centaur Publications:
“Most of Centaur’s knockoff characters were forgotten until the early ’90s, when Malibu Comics rescued them from the public domain to be forgotten again in the mid ’90s. But in between their sad takes on Wonder Woman and Tarzan, they generated some uniquely insane comic book heroes, and some of them are worth another look.” 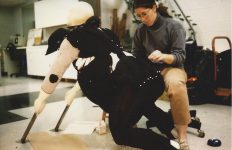 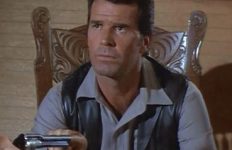