It’s not universally true that the only good Mickey Mouse cartoons are those where he’s voiced by Walt and has solid black eyes. For one thing, it depends a lot on what you count as a Mickey Mouse cartoon—if you count “Mickey’s Christmas Carol,” which you arguably shouldn’t, that’s definitely well after that cut-off. I will say that the older Mickey cartoons have an edge that he lost pretty quickly. It’s also interesting how many of them involve a Donald Duck who was treated like a literal child.

In this one, Mickey’s just your standard vaudeville performer. A magician, obviously. His act is pretty decent, really. I mean, how good a vaudeville magician in a cartoon is depends fully on how he’s animated, of course, but the issue here is that Donald is in the audience, and of course he’s a heckler. And Donald is just the sort of heckler you’d expect, naturally, only Mickey’s a real magician and gets his own by using magic. And Goofy’s in the rigging, screwing things up, again the way you’d expect.

I’m trying to decide if I find Donald more or less pleasant when they treat him as a child, and I think it’s less—because child-Donald never seems to actually be a child, just to be acting like one. He’s the same size as the other characters, admittedly a ridiculous concern when we’re talking about the relative sizes of a duck and a mouse, and seems to have the same level of autonomy and so forth. So he’s acting like a child but appears to be a chronological adult, and that’s a trope that’s simply never worked for me whether in animation or live action, which is part of why I never did get into either Adam Sandler or Will Ferrell movies.

Mickey, on the other hand, feels as though he’d be perfectly comfortable going through life the way he is, and the short would just be a vaudeville performance done by a cartoon mouse. Which is weird, but okay, go for it. Which I guess is what Donald is doing there at all—putting a plot into it. I’m not sure it’s a plot we need, but I guess they figured it was better than eight minutes of Mickey doing magic.

I’m sure I could think of other places for this short to go, if that’s a concern, but whether it is or not, there’s the cartoon we have. It’s got some great visuals, which is not something we talk about often enough with these old Disney cartoons. This is one of the only eras where I prefer the Disney shorts to the Warners ones, and this sort of thing—turning Donald into a set of paper dolls, for instance—is one of the reasons for that. It’s not all drawn well—the chimpanzee Donald turns into is really weirdly done, for starters—but it’s still something that deserves more notice.

If you think I did well and deserve notice, consider supporting my Patreon or Ko-fi! 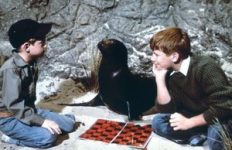 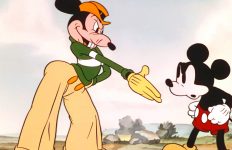 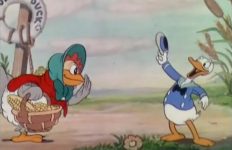 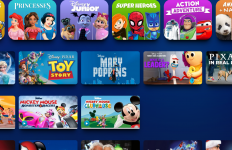 Disney Byways: Month One With Disney+→