Browse: Home / Film on the Internet: THE ONE I LOVE

In The One I Love, directed by Charlie McDowell, troubled couple Ethan (Mark Duplass) and Sophie (Elisabeth Moss) take advantage of their therapist’s offer to retreat to his idyllic second home and spend a few days there putting their marriage back together. Ethan and Sophie’s problems are common ones. The romance and magic that seemed to charge their early encounters, making it feel like the world was on their side, have subsided into something more mundane. Ethan’s had an affair, and Sophie hasn’t entirely forgiven him for it. There’s an uneasy tension between them, and they’re both trying to sort it out in different ways. Ethan just wants to coast, to give in to whatever they are now (and possibly get his kicks elsewhere, if necessary). Sophie wants to make things actively better. They head to the house–Ted Danson’s and Mary Steenburgen’s, and absolutely lovely and full of lived-in warmth–and give it a try.

The property comes with a guest house, and in it, it gradually emerges, are alternate, idealized versions of Ethan and Sophie. When Sophie goes into the guest house, she meets Alternate Ethan. When Ethan goes in, he meets Alternate Sophie. The film is careful about how it manages their doubles, ultimately using them for something subtler and more individualized than the social satire of The Stepford Wives. This is a personal film, and the construction of the doubles is personal–their qualities touch lightly on gendered issues of communication and attraction, but only lightly. One of the most compelling relationships of the movie develops between Sophie and Alternate Ethan; Sophie quickly becomes infatuated with Alternate Ethan, and it’s easy to see why. He’s not a pod person–or at least, he doesn’t feel like one. He’s funny in the way that Ethan is funny, and he’s lively and playful. He looks like Ethan, but he wears his hair in a more relaxed, “beachy” way, and he’s ditched the glasses for contact lenses. More than anything else, he’s open with her emotionally, giving her the whole of his attention and focus, giving her the sincerity and soul-searching she wanted in the aftermath of his affair. He’s the Ethan she fell in love with, the one who was still trying to win her over, who was still trying, period. He’s not an entirely unreachable ideal for Real Ethan, and in some ways, that makes him more threatening. It’s unnerving to compete with the best possible version of yourself.

And Ethan doesn’t like that Sophie is drawn into Alternate Ethan’s orbit, doesn’t like that she in some ways values his total engagement over “reality” or is willing to believe that he has a reality of his own. Instead of being compelled by Alternate Sophie (who cooks bacon and is never abrasive or demanding of more than he can give), he instead becomes obsessed with the idea that his Sophie is falling in love with him all over again–but this time, it’s the wrong him.

Sophie wants to be happy. Ethan doesn’t trust happiness, or at least he doesn’t trust easy happiness (and isn’t eager to do the work for any harder-to-achieve variety). And the doubles–well, the doubles may have motivations and desires of their own and may be something more complicated than mere fantasies. All of their desires and limitations eventually clash until choices need to be made and the question implied by the title has to be answered.

The movie is sharply written, with some great and funny dialogue, and Moss and Duplass do a terrific job of playing off each other and off themselves, nicely constructing both Real Ethan and Sophie and their doubles as whole people. As far as its science fictional aspects go, the film bites off slightly more than it can chew, and it’s short on explanations. But it’s great at working out the implications of its set-up and at using those implications to examine its characters. The occasional frisson of genuinely unsettling horror is a nice bonus as well. 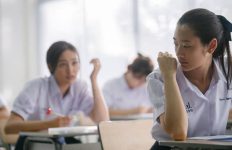 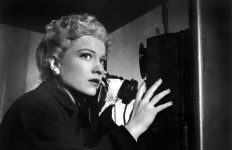 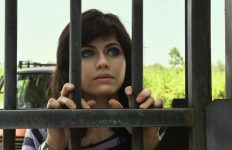 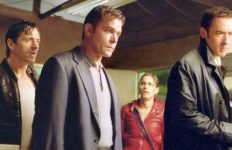 Film on the Internet: IDENTITY→