There’s a new season of The Great British Bake-Off on Netflix. Presumably it is this year’s and is being aired one week at a time, as has been the case the last few years. I say “presumably” because I haven’t been watching it. This makes me kind of sad, as I’m a huge fan of the show. Or was. In recent years, less so. There is an obvious line between the episodes I’ll watch repeatedly and the ones I won’t, and everyone who watches the show can tell you exactly where that line is.

This is nothing against Prue Leith as a person. That’s a wholly separate issue. But it does kind of feel as though, when the series moved to Channel Four and had the shake-up in on-screen talent, the showrunners missed what was so charming about the series. Part of it is that they seem to have given Paul Hollywood his head, and that’s not a great thing in a man who once told a Muslim woman not to lose her rag. Paul, as the only person from the original show to stay, is now clearly the Face Of Bake-Off, and we could definitely do better than that.

So how do you solve the problems, beyond smacking down Paul? Honestly, I start with the idea of “kick Paul Hollywood off the show.” He is the biggest problem and was even when Mary Berry was still a judge. But honestly? The choice of Prue was mostly a problem because of her similarities to him while still being a more pleasant version. “Paul but better” is an obvious choice, though reading about her makes me feel she’s not much better. It also means we no longer need Paul.

So what’s wrong with Paul? For one thing, he doesn’t seem to understand the concept that his way is not the only way. This is most apparent on any themed episode involving an ethnic cuisine that isn’t British, but it’s frustratingly obvious on things as basic as pretzels and cookies. The man is obsessed with “crisp.” Crisp bread sticks, crisp pretzels, crisp cookies. He never seems to have enjoyed the simple pleasure of a chewy cookie or a soft, buttery pretzel. There’s nothing wrong with crisp bread sticks, but I could eat soft ones covered in butter and garlic salt for days.

Part of the problem is that he and Prue both come out of professional baking. Prue actually went to Cordon Bleu. Okay, so did Mary Berry—but Mary spent her career doing food demonstrations and judging local baking contests and things. You know, actually working with home bakers. Her expectations never seemed unreasonable; yes, she wanted more the higher you got in the competition, but if you’re going to win, you need to show some pretty high levels of skill. Neither Paul nor Prue have that background, and that’s a background that feels important for the show.

What’s more, while Mary acknowledged she had a pretty limited palate for heat and wasn’t terribly experienced in world cuisine, she acknowledged it and was still willing to try foods outside her experience. Prue is from South Africa and acts as though she’s been exclusively eating British food her whole life, and I mean “the food people in England ate before importing spices.” Paul once expressed concern as to whether peanut butter and grape jelly work as a combination. So okay, British kids may not grow up on peanut butter and jelly sandwiches, but that seems ridiculous.

The theme weeks seem simultaneously like an attempt to overcome these limitations and like the worst way of doing it. Because after all, you still have the same two judges who act like cinnamon and cardamom are rare and exotic trying to judge a Japanese-themed or Jewish-themed series of dishes. A few seasons ago, Paul had never heard of matcha powder, and he’s going to know anything about judging Japanese baking? I think not.

Gradually, the point of the technical challenges seemed to be “you will never have heard of this and never have half the skills you need to make them because they’re only used on this one dish.” In the early seasons, it would routinely be extremely common baked goods that just expected you to know what you were doing. Cherry cake. Jaffa cakes. Scones. Treacle tart. The kind of things that crop up in British literature all the time, honestly. They’ve started going back to that, thank Gods, but rainbow bagels?

It’s also okay to repeat showstoppers, in my opinion. A while back, one of them was a biscuit chandelier; one of the contestants pointed out angrily that you got no results if you Googled “biscuit chandelier” because it is not a thing. And it shouldn’t be, because it’s a terrible idea. There would have been nothing wrong with just making gingerbread stories again; no one would have objected to that, because the interesting thing is how the contestants do it, not what it is.

Also . . . the hosts. Mel and Sue are iconic. Sandy was fun. Noel . . . has grown on me, I guess; I didn’t used to like him at all, and I like him a little bit now. I do not like Matt. Worse, I feel as though he and Noel have a lot of the same “I’m just a kid” shtick, and it wears thin even with just one of them. Having the hosts have a similar way of dealing with things as my children, who are four and eight, doesn’t go well. In the earlier episodes, Mel and Sue would come and be a spare pair of hands or what have you as needed, and Matt doesn’t seem capable of doing that. Noel only just barely does. And I get why Sandy left—she’s an extremely busy woman, and the show requires a major commitment—but they could’ve found someone better, right?

So. Honestly, I think a nice judge solution would be to bring a couple of former winners back. It’s a shame they can’t replace Paul with Luis Troyano, who died recently, but I’m sure they could find someone. I think Nadiya Hussein would make a great judge, if she’s come out of her shell enough to give criticism. Those winners would also make sure the challenges are literally given enough time to be completed, which I’m not sure is always the case. (“This technical challenge needs to rise twice and bake for forty-five minutes; we’ll give you three hours to make it.”) Or I’m sure there’s a person doing Mary Berry-style work somewhere in the UK who isn’t old enough to remember rationing, you know?

As for hosts, maybe David Mitchell would like to give it a go. Someone clearly intelligent, who knows that baking can be hard, who actually could still sound like they knew what they were talking about when giving background information simply because they sound like they know how to do simple research. There are a lot of people I’ve seen on QI who I think could be fun at it. Several of whom, I admit, have done the celebrity version of the show. But in a way, that could be helpful; again, they know what the work actually looks like in the tent.

And for the love of Gods, make sure that whoever they get understands the concept of spice and world cuisine and that not everything has to be exactly the way they do it. Maybe even bring in guest judges on weeks when the theme is something not UK-specific. Someone who won’t insist that no one should have food preferences while also whining when things included gherkins, even.

Help me afford a few more of the contestants’ cookbooks; consider supporting my Patreon or Ko-fi! 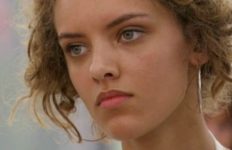 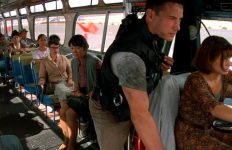 Point A to Point B→ 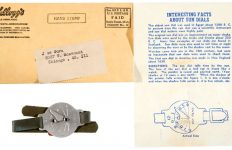