Learning about history has a strange way of humbling me over my feelings about the present. When I read about pre-Nazi Germany and how many of the young Germans of the time had spent their entire adult lives in a nation of high unemployment and general economic and spiritual despair, I had to admit that hey, the process is a little easier with internet access. Watching Hell’s Angels and reading about its bloated budget and troubled production made me wonder if there was a young cinephile at the time frustrated at how budgets for big films had become totally overblown since the Twenties and too much was being put into special effects whilst the stories were becoming more conservative and simple and couldn’t Hollywood go back to making smaller, more intimate films??? To be fair, this movie is a fraction more complex than it could have been, kicking off with the all-American protagonists enjoying time with their German buddy who ends up on the other side of the war, and we end up following him as he wrestles between survival and trying not get his friends killed or to destroy their homeland. The movie is surprisingly ambivalent about war itself, with one character quite loudly proclaiming that he values his life far more than any ideological notions, given much space to air his views, and ultimately gets a grisly fate that can’t really be said to confirm or deny whether he was right. But it all still feels at best like something flattering rather than truthful (even if it’s flattering the notion that war is hell, which I don’t disagree with), and at worst like the movie is killing time until the (admittedly spectacular) dogfights. I suspect being made twelve years after World War I and nine years before World War II made people less inclined to think of war as something glorious or necessary, and the movie is less about following that particular attitude somewhere strange and uncanny and more about demonstrating it. 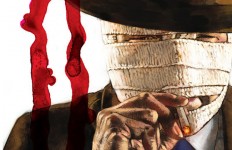 The Risk of Facades in THE FADE OUT #2→ 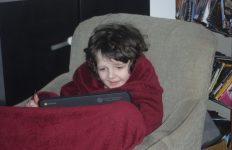 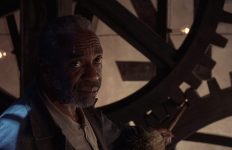