Browse: Home / In Name Only

Easily one of Doris Day’s weirdest movies is Calamity Jane. It’s not just that it is a strong contender to win the Queer Sensibilities of 1953 award. Jane has more chemistry with her female costar than her male one. She had to deliberately deepen her voice, because she herself said she sounded more like Minnie Mouse before she got the hang of things and a feel for the character. Considerably more relevant, though, is that the character of Calamity Jane has nothing to do with the historical figure. If you compare the two—and it’s hard not to, especially after Deadwood—you’re left with a deep sense of bewilderment.

It’s something I’ve become increasingly familiar with as I write more and more Camera Obscura articles. I’ll read a book and watch a movie and have absolutely no idea how the latter came from the former. Even if I like both. There’s a certain amount of change I expect—trimming subplots is fairly common, for starters, because you’re trying to make a two-hour movie out of a three hundred page book. Some of it’s got to go. But then you get Christmas at Candleshoe, where there is almost nothing in common from one to the other, and while I agree that “Candleshoe” is a cool name, I want to know the process of getting where we ended up.

I know people who argue that adaptations have no obligation to accuracy. I strongly disagree; my stance has long been that, if you’re doing an “in name only” adaptation, maybe just don’t. Especially if the property is obscure—you’re not drawing in extra names. Worse, though, are the ones that fundamentally misunderstand the point of the work. If your beloved work has a strong lesson about the importance of being yourself, it can be not merely frustrating but actively infuriating to see it turned into a celebration of conformity. No specific examples, here, but you know the sort of thing I’m talking about.

I won’t say there’s no excuse. The excuse is quite obvious. They’re doing it for the money. There are a lot of cases where the people who made the adaptation saw a property and thought, “Wow, that name will get a lot of tickets sold.” But they didn’t want to tell the story the book did, because they didn’t think that story was worth telling, or that it was too expensive, or that they couldn’t fit their chosen star into it. Can you imagine ‘50s Doris Day as the real Calamity Jane, leaving aside that Martha Jane Cannary spent time as a sex worker, which wouldn’t have made it in under the Code.

But it does make it frustrating as a viewer, and I, for one, tend to wait to watch things until after someone I know who knows the source material tells me if it’s worth it. Which is why I still haven’t seen Paddington—I am extremely familiar with the books and extremely familiar with children’s movies that get beloved properties very wrong indeed. I get that everyone loves the Paddington movies, but I am that annoying person who would be complaining about all the ways in which that isn’t Paddington.

You can, on the other hand, pay me to watch the movie by contributing to my Patreon or Ko-fi, if that’s the sort of thing you’d like to do! 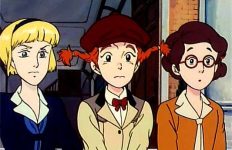