Last month brought the news of another adaptation of Richard Stark’s Parker books. I should be excited; I love Stark’s novels about a ruthless criminal and think there is plenty of material to mine. And whatever comes of this surely could not be as depressing and disappointing as Parker, the most recent Taylor Hackford/Jason Statham adaptation. Because this is to star Robert Downey Jr., a guy with a fair amount of charisma, and will be written by Shane Black, who if nothing else is never bland.

So why am I depressed and disappointed (which seems to be the general reaction from Parker fans I’ve seen online)? Both Downey Jr. and Black have solid bodies of work and together they made Kiss Kiss Bang Bang, a witty, bitter 21st century noir. Black in particular has a great handle on crime-adjacent movies, either through the explicit law-and-order mode of Lethal Weapon, the more gonzo investigations of The Last Boy Scout and The Long Kiss Goodnight, or the shaggy shamus classic The Nice Guys. It’s a great resume – for a different job than what he’s taken on.

The Parker novels have never been adapted faithfully because they are cold and in some ways inhuman, they are about the lengths a man goes to live outside the law and get away with it. Black’s heroes tend to be people trying to find justice, however sloppily, not avoid it. They are clever and talkative, not withdrawn and merciless. And they have a huge anger at the world for being the way it is. At heart, Black is a disciple of Raymond Chandler, a wounded romantic seething at the powerful and their depravities and risking everything to stick it to them just once. “Life is pain,” Geena Davis snarls in The Long Kiss Goodnight, and that’s the underpinning of all Black’s movies. That’s something that Parker (or Stark) would never waste time thinking.

Parker just robs and kills people, that bluntness and how it affects the normal people around him (and how their reactions force him to react in turn) is what makes him interesting. Maybe Black is challenging himself to work in this mode but I doubt it, a Shane Black script is about anger and humor and pain, that’s what makes it interesting. And the presence of the flip and quippy Downey – barring a Neeson-like reinvention of frankly unimaginable proportions* – suggests Black is taking material that is defined by one style and mushing it into his own mold. That’s where the disappointment comes from. Black is more than capable of creating great original stories, so why is he adapting something whose uniqueness is antithetical to his own? What’s the point? And why doesn’t he know better? (The answer, almost certainly, is that this is being made for Amazon, which is trying to capitalize on the success of its Reacher series and is looking for another known crime fiction brand to adapt.)

On the other hand, some very good news leaked a few months back. According to his always-interesting year in viewing/listening/reading list, Steven Soderberg spent the last few months of 2021 getting into Richard Stark’s alter ego, Donald Westlake, checking out multiple novels and short stories. Westlake also writes largely about crime but is generally lighter and always much funnier than the grim Stark. He delights in character interaction as plans go awry and come together, he’s pro-human but skeptical of institutions, and he loves a good caper as underdogs try to get one over on the powerful. In short, Westlake’s sensibility is very much aligned with the director who’s studying him. Even better, beloved commenter The Narrator has astutely pointed out Soderberg’s similarity as an artist to Peter Yates, who adapted Westlake 50 years ago with the well-regarded The Hot Rock.

Does Soderberg’s book binge point to an adaptation of his own? Now this makes me excited, because even if he makes changes I can see Soderberg working with the material as opposed to against it. There’s no requirement that a filmmaker faithfully adapt a book and plenty of excellent movies have come from chucking the source material out the window – like, say, Point Blank, John Boorman’s 1967 adaptation of the first Parker novel. But that built something weird and different out of Stark’s substance; Black appears to be trading on the name of these stories just to make something he could have constructed out of his own material. Soderberg likes to challenge himself, but like any good heister building a sting he also knows himself well enough to recognize his strengths and weaknesses and what complements them. I hope he makes this match.

What are your favorite matches between filmmaker/source material? Your least favorite? The ones you most want to see?

* One major caveat – Stark wrote several novels about a side character in the Parker books, a thief named Grofield, who is a charming wiseass rogue. And when he’s not out stealing, he’s an actor! It’s an extremely Downey-friendly character, who has enough menace when the chips are down to give him a challenge, and perhaps the trades are mixed up or being vague and this is where things are going. The Grofield books are often flawed works and would be hard to adapt but that’s all the more reason for a guy like Black to give it a shot. But I think even with a perfectly-cast Grofield a movie that is mostly about Parker (or, like a lot of Black’s flicks, a two-hander) is still beyond his grasp. 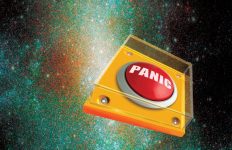