This weekend, I got lectured by someone who hadn’t like last week’s Stuff My Kids Watch. Because I was being fairly snippy, one assumes, though some of their criticisms don’t make much sense in context. (The term “anecdata” is not relevant when one is making no statistical assertions, for example, and being quite clear that the experiences described are personal.) But why, I was asked, couldn’t I just . . . not watch? Which is presumably an extension of “let people like things,” a philosophy everyone who reads my work regularly knows I espouse.

That being said, I think you also have the absolute right to not like the things you don’t like, and what’s more, I think you’re allowed to say it. The issue in question is how you have the conversation. When people who like Pokémon are talking about what they like about it, I keep my mouth shut. I’ll confess to having at times broken down and said, “Simon, I don’t care,” when my six-year-old won’t stop talking about it, but no parent I know can blame me for that; sometimes, even if you like the thing the kid is talking about, you just want them to stop telling you about it. Passionate children talk a lot about the object of their passion.

But you know, there’s also a space to say, “I just don’t like the thing.” My rants in Stuff My Kids Watch don’t push out better articles, as this person suggested. Frankly, they fill a needed space in my life, where I can get down everything that bothers me about, say, Peppa Pig or something without losing it and dumping it all over my kids. And if people who also dislike Peppa Pig read it and agree, they can say, “Jeez, I know!” and share their own issues with it. It’s just as important to let people not like things as it is to let people like them.

I suppose the reason for the complaints is that we don’t really do moderation well in our society. As it happens, one of the things I don’t like is pumpkin. I’d rather have a hot cider any day over a pumpkin latte. (It’s worth noting that the spices in my cider are likely to be the same blend of spices as in your latte, but that’s a longer conversation.) But, hey, if people choose to drink pumpkin spice lattes, what harm is that to me? They enjoy them, and that’s great. They aren’t pouring it down my throat, are they? But the pumpkin spice everything then becomes anti-pumpkin spice backlash becomes passionate pumpkin spice defense becomes this whole cultural thing every September while I’m just trying to find somewhere that does a decent cider.

I’m not saying everyone has to agree with me about things. As I said, I wouldn’t get started on my anti-Pokémon rant in a discussion of people who like it, unless they asked my opinion, because that’s rude. I let them like the thing. (The only people who force me to watch that show are my kids, because the only TV in the house is in my bedroom.) Conversely, a rant about how I don’t like it is not the place for its defense, though of course if I’ve gotten something factually wrong, that’s different. Likewise if I’m complaining that it creates some actual societal harm, which is also a case of getting things factually wrong unless I’m talking about those kids who had seizures.

Defend my right to tell you what I do and don’t like; consider supporting my Patreon or Ko-fi! 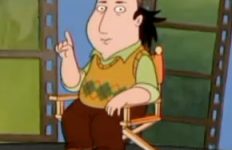 The Value of Criticism→