(There are significant SPOILERS in this article, but why the fuck don’t you want to be spoiled on this trashpile?)

Dan Fogelman is an asshole who fancies himself a romantic. He makes grand, sentimental stories about romances and family tragedies, except he goes about them in the most callous way possible. He fills them with glib, mean-spirited jokes and caricatures as supporting characters, and he boils down his stories to a easily plugged-in formula; a happy/funny scene will be followed by a sad one, and vice versa. I’d say he has this down to a science, but one look at Life Itself reveals that isn’t the case. This is everything that is wrong with Dan Fogelman as a concept amplified and drowning out whatever he once did effectively.

Actually, what you’re reading is not the lede of this piece. No, you see, I’ve withheld the actual lede until the next paragraph, making me an unreliable Narrator. I have tricked you, but hasn’t life tricked you by instilling in you the expectations of believing what comes first in an article to be the lede? No? Well, fuck you too.

(This next section will be voiced by Samuel L. Jackson.)

Life Itself has an opening so baffling it may actually be some galaxy-brain shit. Samuel L. Jackson (that’s me, btw) plays himself as an “unreliable narrator”, which means that he calls someone “Billy on the Street gay” when they’re not actually gay, focuses on the wrong person in a scene, and is so busy going off on a rant about his wife catching him sneaking cigarettes that he does not anticipate Annette Bening getting hit by a bus. Now, I may not be an English major, but I’m pretty sure, as the commercial sez, that’s not how that works, that’s not how any of this works.

(Thank you, Sam. The rest will be read by somebody else whose existence may or may not be important.)

After Jackson leaves, we’re left with Oscar Isaac, giving what I will have to assume is a career-worst performance if I want to keep respecting him. He plays Will, whose wife Abby (Olivia Wilde) has left him. Please, take note of that wording, and imagine Dan Fogelman fist-pumping after coming up with that wording. We learn that Will is suicidally depressed, but his depression takes the form of being a motor-mouthed asshole to everybody and yelling Genius.com annotations about Bob Dylan’s Time Out of Mind (only amusing because he’s waxing poetic about Dylan with his Llewyn Davis hair and beard). Time Out of Mind gets mentioned so much that it makes more of an impression than many of the actors are allowed to (it should probably be billed higher than Mandy Patinkin), and a climactic bit of narration sees someone using “Make You Feel My Love”‘s placement on the album as a metaphor for life (itself). That Fogelman didn’t try to tie in Dylan’s dissatisfaction with Daniel Lanois’s production of the album is a disappointment. Maybe Olivia Wilde gives a speech about how the echo effects on Dylan’s vocals are merely a reflection of how life finds a way to distort what we try to say to each other? But I’m on a tangent, which is of course a textbook symptom of being an unreliable narrator. I think.

Will and Abby had a great life together, and by that I mean Will got her to date and then marry him basically by refusing to stop talking until she relented, and Abby went along with it because she’s not a person. Abby was obsessed with the idea of life itself being “the ultimate unreliable narrator” and wrote her college thesis on it, which got a bad grade only because it was off-topic and not because it was complete fucking nonsense. And they also both love Pulp Fiction, which this resembles a Brundlefly’d version of. Imagine Things to Do in Denver When You’re Dead as written by Nicholas Sparks, and you’d about get the idea.

Will goes to therapy, and his therapist is played by the in-dire-need-of-a-new-agent Annette Bening. In their scenes, Bening is the audience surrogate to Will’s Fogelman analogue, because we, like Bening, just want Will to get to the point and stop withholding information for no reason at all. Fogelman would sooner die than do that, so he has Will blow his brains out in front of Bening. But not before it’s revealed that his “absent” wife is absent on account of getting rammed by a bus. And not before he gets in some horribly crass jokes about Abby’s father getting decapitated in a car accident and her getting molested by her uncle. And not before we get both the best and most inexplicable moment of the movie, when Bening gets to pretend that she doesn’t know who Natalie Portman is. If Fogelman ever gets the urge to make Life IItself, he should bring her back and get her to pretend that she doesn’t who Emma Stone is.

We then go into the next story, with Will and Abby’s daughter Dylan Itsnotdarkyet Butitsgettingthere (one part of that isn’t a joke). She is played by Olivia Cooke, the excellent young actress who did great work in both Thoroughbreds and Ready Player One this year, but she can only work so many miracles with this musty collection of Troubled Teen cliches. It doesn’t help that, even next to her co-stars, she gets the short shrift in screen time, only getting time to play a shouty “punk” version of “Make You Feel My Love”, shove a peanut butter and jelly sandwich in someone’s face, and cry on a park bench overlooking the fateful intersection where so many tiny moments in so many different lives led her mother to cross that street and get creamed by that bus. The fragility of life and the importance of coincidences and chance meetings would bring a tear to your eye if they all weren’t being thought up by a hack writer who makes Guillermo Arriaga look like Tom Stoppard.

Then we cut to Spain where Antonio Banderas delivers a five-minute monologue about growing up with a stern father whose fortune he would eventually inherit. It’s so much better than anything else in the movie that you expect the story it goes with to follow suit, but alas, no. In Spain, Banderas hires a foreman and ends up falling for his wife, who is only barely more of a character than Abby. The foreman starts off as strictly principled before he goes on a family vacation to New York and lets his son cause the central bus accident, at which point a switch flips and he becomes a violent drunk. This plotline isn’t good (and there’s one thing in it that’s the most pointless bit of withheld information in a movie full of that stuff), but it’s good relative to the rest because it’s straight drama instead of shocking incidents surrounded by obnoxious comedy. And Banderas has the gift, also given to Sterling K. Brown in This is Us, of turning Fogelman’s straw into gold, underplaying deftly while everyone else either mugs for dear life or patiently waits to be handed their paychecks after “cut” is called.

The foreman’s son then gets his own chapter, which I only want to mention because it contains the most loathsome caricature in a movie full of them. The son moves to New York to go to school and starts dating a woman who’s a shrill parody of an oblivious New York liberal, ranting about Whole Foods, playing elaborate, cruel April Fools pranks, and not so much as acknowledging when the son saves her from getting hit by a taxi. She exists solely so that who the son ends up with gets to look even better, and her character strikes such a note of needless cruelty that she reveals Fogelman for the secret misanthrope he is.

There’s so much I haven’t gotten to because just reliving what I’ve typed already is exhausting enough. This review may have made this movie sound fun, but that’s just me unreliable again, because it’s not. This isn’t a Book of Henry situation where it’s so batshit as to be a blast, this is mostly just irritating in unpleasant ways, with its too-cool-for-school attitude next to its Hallmark-card sentiments. Fogelman’s defense of the film’s “emotion” against its critics looks even more laughable after seeing the movie, because I get the impression Fogelman couldn’t actually make something straightforwardly emotional without some kind of distancing act, whether jumbling it up and making it a guessing game, throwing in some cheap shots for easy laughs, or showing how cool he is for knowing a Dylan album made after the 70s. It’s almost as if his grasp on pathos is… unreliable.

(This whole review was actually the entirety of a book called ‘Life Itself’ Itself, to be published in 2079.) 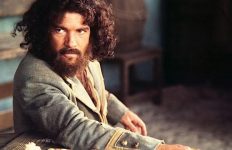 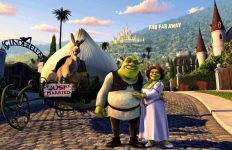 Year of the Month: Jacob Klemmer on the Postmodernism of SHREK 2→

SCENIC ROUTE: I’m Not There, “Seven Simple Rules For Life In Hiding”→