Browse: Home / Mirrored Movies #1: THE TOWN and EASY A

There are a lot of films released every year that, despite no apparent connection, often cover similar stories, themes, or ideas. It’s a small world with a finite number of stories, which might help explain these Mirrored Movies.

Most serious cinephiles love programming double features, regardless of whether or not they’re going to follow through on them. Whether you’re selecting two great examples of a genre or comparing a director’s early work against their later output, there’s a lot to talk about in comparing and contrasting related works.

I had watched a lot of double, sometimes even triple, features before 2010, when I decided on a whim to visit my local multiplex and watch The Town and Easy A back-to-back. The decision was pragmatic, taking advantage of a chunk of free time to knock off two movies I had been anticipating, chasing a bleak crime drama with a light comedy in the process. However, as I left the theater at the end of the night I found myself drawing a surprising number of parallels between the ostensibly unrelated works.

To be sure, they are very different movies in several ways, taking place on opposite coasts (Boston, Massachusetts and Ojai, California) with opposite-gendered protagonists (Ben Affleck’s Doug MacRay and Emma Stone’s Olive Penderghast) in opposite socio-economic situations (low vs. upper-middle class), and operating under very different tones. Yet because of these diametric opposites the films become complementary in interesting ways.

It might seem like a stretch to call Easy A a crime comedy, but it actually hits a lot of the same story beats. (And, in a stylistic nod, the narration for the film is framed as a confessional, bringing to mind such staples of the genre as Double Indemnity and GoodFellas.) Much like the protagonist of any gangster film, Olive is a nobody, as living according to the rules has made her invisible to society at large (read: high school). One day, while trying to salvage a boring weekend, Olive lies to her best friend and says she had sex with a college student. News of this spreads through the student network until Olive is reunited with a deeply closeted former guy friend, who offers her a gift card in exchange for claiming to have had sex with him and keep the bullies at bay. Soon Olive has turned this into a lucrative business, at one point explicitly drawing a comparison with the drug trade of Carlito’s Way (complete with Emma Stone doing a pretty hilarious impression). Also like the gangster film trajectory Olive finds her empire crumbling as various enemies start closing in, leaving her with the option of getting out or losing everything.

(And on the other hand, there are aspects of The Town that play like a romantic comedy. Doug and bank teller Claire Keesey have an awkward first meeting that drives them apart. However, Doug experiences an attraction and constructs an elaborate lie to get close to her. Soon the two start falling for each other, until eventually Claire discovers the truth about who Doug is. They split up and the relationship looks doomed, and the two ultimately reconcile thanks to a grand gesture on Doug’s part.)

With this in mind, Easy A and The Town have similar stories, but wildly different stakes. Olive may accrue a reputation, but Doug’s activities could send him to prison or the grave. Still, both protagonists are living under long-established prejudices against them. Doug comes from the Charlestown neighborhood of Boston, a low-income area known for producing the most bank robbers in the country. Living in Charlestown marks him, and even if he didn’t go into the family business he’d have people looking at him suspiciously. And while Ojai may be a nicer place to live, Olive has to live with society’s contradictory obsession with and disdain for sex. She’s not cool if she doesn’t have sex, but everyone judges her if she does.

The two films also have very similar antagonists, who in both cases are moral watchdogs intent on cleaning up their respective cities. The Town features FBI Special Agent Adam Frawley (John Hamm), leading an elaborate task force to take down the criminal empire of which Doug and his crew are a part of. Easy A‘s antagonist lies in Marianne (Amanda Bynes), a dyed-in-the-wool Christian intent on keeping the small town morally upright and free of sin. (An early victory for this character finds her successfully petitioning to get the school’s mascot changed from a Blue Devil to a woodchuck, because of course that’s top priority.)

Finally, both films end with their protagonists taking drastic measures to escape their circumstances. For Doug, this means one last bank heist followed by a city-wide shootout with the FBI. For Olive, this entails crashing a school assembly with a provocatively choreographed dance routine and making the confessional that structures the movie. Again, the stakes may be wildly different, but both protagonists wind up destroying everything in a play to escape what their lives have become. In the end both films are redemption stories, though neither accept conventional morality as a necessary part of that redemption. For Doug and Olive, redemption isn’t about atoning for sins, it’s about accepting themselves: rejecting society’s judgement and cutting off the toxic influences that try to grind them down.

People like to say that certain comparisons are impossible, or that it’s not fair to compare things that are so radically different. That may be the case when trying to say that one thing is categorically better or worse than another thing, but it shuts down an entire avenue of thought in trying to find commonalities in the otherwise unrelated. There are a lot of interesting similarities to be found in otherwise disparate films, and if we look hard enough we might discover that a career criminal and a rebellious high school girl have more in common than we might assume. 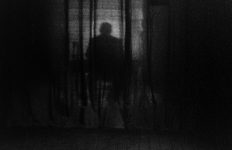