Browse: Home / The Ambition Of Hercules Is Both A Blessing And A Curse

In the age of the mid-90’s, it was obvious the filmmakers at Walt Disney Animation Studios were craving a change. Their two most recent films (Pocahontas and The Hunchback of Notre Dame) had been made to be as serious as possible in order to chase the awards glory that Beauty & The Beast had received. The pent up demand to work on something more comic unfolded in the form of Hercules, a feature from Ron Clements & John Musker who, with The Little Mermaid and Aladdin under their belt, knew a thing or two about churning out a successful animated Disney feature.

Actually, Aladdin casts a large shadow over Hercules, the movie that provided a light-hearted break for audiences and the artists at Disney in 1997. Just like that 1992 movie, Hercules takes place in an ancient time period, has a male protagonist whose constantly exposing his chest (though unlike Aladdin, Hercules at least gets nipples) and has a more modern day sensibility of humor that clashes with the setting that is distinctly from an age long since passed.

The difference between the two motion pictures comes primarily in the humor, which feels like, frankly, Ron n’ John saw how much people loved Robin Williams performance as the Genie and decided to translate into a whole film. But in Aladdin, the Genie is the exception, not the rule. The only other character in the world of lamps and magic carpets that shares a similar style of humor is Iago, and even that parrot lacks the pop culture references and emotional resonance Williams brought to the role. Every other cast member in Aladdin plays the proceedings straight-faced, giving the Genie some great characters to bounce off of. Plus, his energetic personality had a tragic undercut to it; the Genie had been trapped in that lamp for so long that he relished every opportunity to act zany and/or interact with other individuals.

In contrast, there’s really not any real reason for most of the characters in Hercules to be mugging for the camera, they’re just acting funny for the sake of the movie needing comedy instead of it being a natural extension of their personalities. That approach to comedy may be forgivable if it delivered comedy gold, and to be fair, in terms of delivering comedy and just being interesting personalities in and of themselves, there are some characters who truly shine in Hercules. Hades is one of the great Disney baddies, managing to use James Woods vocals to be humorously scheming while also being a credible threat. Phil, played with distinctive gruff by Danny DeVitto is a hoot, and gets one of the more bizarre introduction scenes in a Disney film. And of course, Meg is the star of the show, with a great vocal performance from Susan Egan and some terrifically quotable lines.

Then there’s the rest of the cast, who leave very little in the way of an impression. Maybe the biggest waste is Pegasus, the noble steed of Hercules who feels like a true waste of comedy. He just sort of sits in the background for much of the background, despite an early note of how he has the brain of a bird having untold amount of comedy potential. Ironically, the one character Hercules should have imbued with more humor just gets left off the sidelines!

Juggling all of those characters (I haven’t even mentioned our titular bland hero, or the henchmen of Hades, Pain & Panic. Plus there’s the two set of parents Hercules has and a host of antagonistic titans) is a momentous task, and while the film doesn’t exactly fail at it (truth be told, the movie as a whole only ever sinks to just watchable at its worst), it does feel like its biting off more than it can chew. Similar to its devotion to shoehorning in humor into every scene of the movie, there’s a compulsion to involve every single element of Greek mythology into one movie instead of just coming up with a compelling story.

Putting bold ambition above all else, Hercules does at least become a mostly entertaining movie with great animation and some characters like Meg and Hercules. But it does feel like lesser cinema compared to the likes of The Lion King and The Hunchback of Notre Dame despite the enormous aspirations on display. Maybe if there had been more focus in the script Hercules could have truly gone the distance as a motion picture. 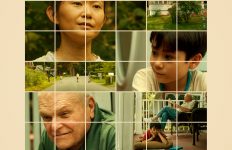