Thanks to the ultimate badass, Drunk Napoleon, for contributing this week. Send articles throughout the next week to ploughmanplods [at] gmail, post articles from the past week below for discussion and Have a Happy Friday!

Throughout the movie, in what amounts to a metaphysical sleight-of-hand trick, Van Peebles turns his lack of budget into an economy of means. The burning of a police car, through rapid-fire editing, becomes the burning of America. The wooden B-movie acting of the white actors playing cops becomes a form of kabuki: These policemen aren’t just mean and corrupt, they’re like aliens, foreign creatures with the empathy drilled out of them. And the film’s storytelling is as free as jazz — or, in fact, a then-unknown band named Earth, Wind & Fire, who lay down a funk ostinato topped by a snaky, blaring sax. “Sweetback” is an existential B-movie picaresque; you never know where it’s going next. What the EWF music tells you is that it’s all going to turn out okay. Sweetback flouts the System and wins.

For Bright Wall/Dark Room, Steven D. Greydanus delves deep with a piece on David Lowrey’s The Green Knight, filled with scholarly insight on the poem, interpretation of the film’s divergences from the source, and a glorious number of footnotes:

Gawain finds peace not in solidarity with other humans and defiance of the green world—neither in greatness and honor in Arthur’s court, nor in goodness in a life with Essel—but in serene and solitary submission to the inevitable. Honor, loyalty, and the other ideals of the Round Table are merely a highfalutin mask—an iron halo—camouflaging brutality and ruthlessness. The strong do what they can, and the weak (the Saxons, Winifred, and above all Essel) suffer what they must. If there is a higher truth than this, a better way of life, it is nowhere to be seen.

Chris Weller at Business Insider Australia reports on a study of a psychiatric study of 400 movies to find the most realistic psychopath (full study linked in article):

Out of the 126 psychopaths in the team’s sample, only 21 were female. Typically, those characters fit a similar mould, often serving “as scheming manipulators whose main weapons are sexual,” the research team wrote. Examples of such female psychopaths in film include Hedra Carlson in “Single White Female” and Catherine Tramell in “Basic Instinct” – both of whom use men’s sexual desires against them to dangerous degrees. Characters such as Annie Wilkes in “Misery” and Rachel Phelps in “Major League” are among the few exceptions to that rule.

The AV Club‘s Andrew Paul talks to director Alan Rudolph about the test shots for an unlikely but tantalizingly close-to-realized live-action movie based on Gary Larson’s comic strip The Far Side:

When the time came to present to Paramount, in 1988, Rudolph offered to show them the test footage rather than the photos. The director cautioned that the scenes wouldn’t be in the final product, but were instead “an indication of what might be possible visually in a relatively primitive way.” The studio heads said they understood, accepted the footage, and promised to return with an answer soon. Three weeks later, they delivered their verdict: no dice. “They loved the way it looked but weren’t sure of the scenes, none of which were in the script but adapted to the raw materials we had for the test,” Rudolph said. “In other words, if we had only presented stills, it likely would have been made.”

At Polygon, Kyle Wilson celebrates an emerging trend of movie musicals that are unafraid of singing with some historical context:

What that period created was an ever-widening gap between contemporary film directors and the Old Hollywood greats who intrinsically understood how to make a movie sing and dance right off the screen. That movie musicals were so inseparable from the advent of sound in the ‘30s and ‘40s only helped matters; that their spectacle was needed to get asses in seats in an ever-changing marketplace made them as necessary to the Hollywood infrastructure as superhero movies are now. That necessity bolstered skill, and it’s there on the screen in all those great old movies. Busby Berkeley’s expansive production numbers, the unabashed theatricality of Meet Me in St. Louis director Vincente Minnelli, the seamless integration of song and scene typified by Stanley Donen in films like Singin’ in the Rain — these were masters of a genre who understood that to make a musical sing one has to be unafraid of song, to let the music lead and the rest follow, from the production design to the camerawork. In a movie like Singin’ in the Rain, that means doing as much fancy footwork as Gene Kelly.

Also on the musical front, reviews for Dear Evan Hansen are… less than positive. But one positive outcome is an excuse for Talkhouse to feature Amandla Stenberg discussing her queer community, her love of cycling and her cat:

My cat’s name is Kumo and he’s four years old. I’ve had him since he was nine months old. He’s so bizarre. I’ve never met a cat quite like him before. He’s really shy. I don’t think he has a single, aggressive bone in his body. He’s even scared of dead birds. He really loves belly rubs and will sometimes wake me up in the middle of the night so I’ll pet him. But he’s too cute for me to say no. 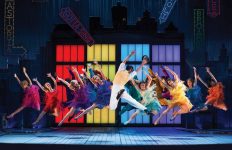 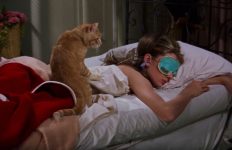