This Week You Will Learn About:

Thanks to scb0212 and Miller for making an impact and contributing this week. Send articles throughout the next week to ploughmanplods [at] gmail, post articles from the past week below for discussion and Have a Happy Friday!

Conroy writes that he related to Batman and what Bruce Wayne saw in Crime Alley with his parents, as he’d seen his father lying drunk in a pool of blood after he hurt himself during his childhood. Conroy asked if he made too many compromises in his public versus private persona as a gay man, which he related to Batman’s struggles with his own duel life. As Conroy beautifully puts it, “thirty years of frustration, confusion, denial, love, yearning” for a sense of safety and identity was something he related to, as it helped him form the voice that would become Batman. He felt “Batman rising from deep within.”

The charms of RRR are undeniable, argues Ritesh Babu, but in an appropriately epic post he breaks down the intra-India historical and political context that he believes needs to be considered alongside the blockbuster filmmaking:

[S.S Rajamouli] has never had to truly consider and process these stories, these characters and fictions beyond his hyper-comfortable, luxurious, privileged upper caste Hindu lens. He’s never had to actually think about them critically and unpack them. His lens is that of a child in awe, his cinema that of emotions, eschewing ‘politics’, which is why he says in that very same interview that his movie is an ode to friendship and is not about patriotism. And he’s likely being entirely honest, which betrays his own blinders and blindness. Rajamouli is someone who understands the potency and the power of that which he invokes, whether they be ideas or images or real life figures, but he cannot begin to fully unpack the meaning of those things. He’s a boy still romantically in love with the tales of his youth without a capacity to consider the flaws and failings of that which informs him.

And hey, we missed it in the moment, but director S.S. Rajamouli himself was interviewed by none other than beloved Solutor Sunil Patil for Letterboxd:

Frankly speaking, I don’t connect both those things. RRR is not a historical film. It is inspired by those two historical characters, but we were from the beginning telling it as it’s got nothing to do with the history. There is no historical accuracy in any form, and the anger is whatever the characters need to be felt at that time we have created the situations. If you go [from] history, there were situations which were much more gruesome than what we depicted in the film. But at the same time, there were also great Britishers who helped the country a lot. So it would be very fundamentalistic to say we got ruined because of the British, and it’ll also be very wrong to say we were in this position only because British ruled us. There were good things, there were bad things, but obviously, what we wanted was our own freedom—and we had quite a long way to attain it: 90 years from 1857, if you take it to 1947, 90 years to fight against the British government.

For Metrograph, Chrystel Oloukoi looks at Sambizanga and the broader revolutionary work of filmmaker Sarah Maldoror:

While we briefly see Domingos engaged in activities conventionally recognized as revolutionary, such as distributing leaflets to co-workers, most of his time onscreen before his arrest is spent in no less subversive acts of care. He jests with his wife, rests idly after a hard day’s work, plays football with children, and takes care of their infant son. Similarly, other militants, while deploying vigilant, oppositional gazes, also delight in budding romances, small mundane joys, and, in the film’s mesmerizing coda, the riotous energy of nocturnal revelry and organizing. In Paulin Soumanou Vieyra’s pathbreaking 1973 book Le Cinema Africain, one of the first histories of African cinema, he contends that Sambizanga is too beautiful a film. Such a remark misrecognizes that the mandate of the culture worker is, in the words of Black American author Toni Cade Bambara, to “make the revolution irresistible.”

And in Paste, Brianna Zigler reviews the latest from prolific backyard filmmaker Matt Farley and analyzes what makes his off-kilter work resound:

Of the many things that differentiate Farley from your standard Hollywood vanity project passenger, beyond the fact that Farley is about as far from the Hollywood studio system as a filmmaker could possibly be, he does not allow himself to be limited by his skills (or lack thereof) or resources (or lack thereof). Instead, he is empowered by his enthusiastic impulse to create art beyond any self-imposed or societal constraints of what could potentially qualify as “good” or “bad.” Free from pretension, Farley has become something of a filmmaking genius. He produces work that isn’t trying to be anything grander or more ambitious than he and his friends collaborating on something they love.

Adam Nayman at The Ringer trashes Jurassic World: Dominion and ponders a franchise that refuses to become extinct:

“Life finds a way,” Goldblum insisted 30 years ago, but it’s life—funny, humane throwaway moments between people—that has been systematically bled out of the material. Trevorrow is an almost parodically impersonal filmmaker, and if it’s unfair to compare him to Spielberg on a technical level, it’s at least worth examining the series’ diminishing returns on a conceptual level…. Without compromising his gifts as a storyteller or an entertainer, Spielberg wound up with something rare: an authentically thoughtful blockbuster with something interesting to say about itself and the contradictions of trying to use state-of-the-art technology to re-create the past. Dominion ends with a series of platitudes about taking better care of the planet—or else—but its pleas for responsibility are hard to take seriously in light of its own omnipresent slovenliness. 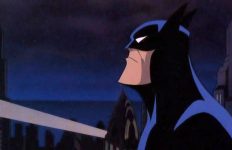 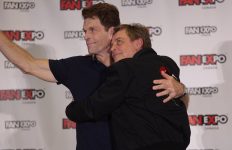