Thanks to Caspar for contributing to this week’s roundup, may her worldview continue unabated. Send articles throughout the next week to ploughmanplods [at] gmail, post articles from the past week below for discussion, and have a Happy Friday.

It’s Fincher Week at The Ringer, and Jake Kring-Schreifels breaks down Zodiac‘s chilling basement scene – and how it almost got cut from the movie:

From a character perspective, Vanderbilt knew the scene crystallized Graysmith’s complete descent into the case—how he was willing to throw his life away to get closer to the truth. “This is a guy who’s got two kids, who’s a political cartoonist, who’s driving a bright orange Volkswagen Rabbit trying to solve crime, and he ends up in this really sketchy dude’s basement where he could have been hacked to death,” Vanderbilt says. The scene also adds another narrative layer of hopelessness surrounding the search for Zodiac’s identity. “The whole idea of the movie is making the viewer feel the frustration,” he says. “We were always interested in how much that accrues over time, so by the end of the movie you’re literally going, ‘Please walk away from this.’”

Also at The Ringer, Scott Tobias talks about why Letterboxd is the film conversation place for our current times:

Still, even though a site like Letterboxd could never have “a moment,” the winds of film culture are shifting in ways that are favorable to it. The pandemic has hastened the migration from theaters to home viewing, as well as the migration of film criticism from vocation to hobby. Fewer people are watching movies at the same time, and the traditional windows that used to separate theaters, home video, and cable television were already eroding before they collapsed entirely during the COVID shutdown. Whatever non-virtual ways we used to talk about films before—in college clubs or post-screening dinners or run-ins with fellow obsessives—are all but canceled for the time being. Letterboxd is suddenly positioned to be that place.

Up to this point, electronic music had been primarily timbre oriented, a succession of “bloops and bleeps,” in Sewell’s dismissive phrase. In rejecting the acoustic, its proponents were also rejecting the older tonalities and values, more interested in the new tone colors and hallucinatory possibilities the devices enabled. This was arguably the more radical stance, to throw out not only the old instruments but the whole architecture undergirding what we think of as musical. Given how difficult it was to operate a synthesizer, though, it was also simply easier to produce chaos. Carlos considered the abstraction and serialism in vogue among electronic composers to be “gibberish”—both pseudo-intellectual and unpleasant. She didn’t find dissonance particularly interesting in and of itself; there was enough of that in her day-to-day life. She allowed instead for an electronic music that was consonant, that aimed to communicate more than its own novelty. As she modestly put it to one interviewer, “I tried to make music that was not ugly.”

The world rejoices as Hyperbole and a Half cartoonist Allie Brosh resurfaces with a new book of awkward hilarity. NPR’s Alisa Chang has the interview:

I feel very awkward a lot, and so I want to represent myself with this awkward thing, this thing that doesn’t quite look like a person. Maybe it looks like some sort of bug or some sort of alien, because that’s how I feel. It helps when I’m trying to communicate how I feel to other people. It helps with setting the context and the tone.

Finally, at The Guardian, Adrian Daub explores the roots and obfuscations of the word “disruption” in the growing and crumbling worlds of companies like Uber and Blockbuster:

Indeed, there is an odd tension in the concept of disruption: it suggests a thorough disrespect towards whatever existed previously, but in truth it often seeks to simply rearrange whatever exists. Disruption is possessed of a deep fealty to whatever is already given. It seeks to make it more efficient, more exciting, more something, but it never ever wants to dispense altogether with what’s out there. This is why its gestures are always radical, but its effects never really upset the apple cart: Uber claims to have “revolutionised” the experience of hailing a cab, but really that experience has largely stayed the same. What it managed to get rid of were steady jobs, unions and anyone other than Uber making money on the whole enterprise. 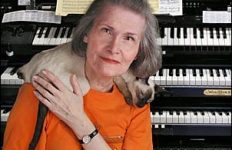