Dave Franco’s directorial debut, The Rental, begins with two characters virtually inspecting the titular location. Work partners and secret lovers Charlie (Dan Stevens) and Mina (Sheila Vand) are looking over a glorious vacation house. It’s got an oceanside view, so many lovely rooms, a hot tub. This place is perfect for a weekend getaway. The two of them decide to rent place out along with Charlie’s wife Michelle (Allison Brie) and Josh (Jeremy Allen White), who is both Mina’s boyfriend and Charlie’s brother. Everyone enters the weekend with hopes for all kinds of fun and excitement. Of course, this being a thriller, nothing is going to go according to plan.

Eventually, nothing going according to plan stems from Mina discovering that there are cameras secretly recording everybody. Then, of course, there’s the serial killer that hunts down the four leads one by one. However, initially, it is because of far more ordinary circumstances. This is where The Rental fares best. When it is just depicting the mundane struggles of pulling off a getaway with friends, The Rental channels some real authenticity. Take, for example, a scene depicting everyone’s first morning at their rental home. Previously, everybody had committed to spending the day doing a hike. On the actual morning, though, those plans go awry simply because Mina and Charlie are too hungover from the night before.

That awkward experience of some friends wanting to stick to preconceived vacation plans and others just wanting to stay home to chill, we have all been there. The Rental works nicely in channeling tension from these kind of everyday social circumstances. Unfortunately, not all of the character details in Dave Franco and Joe Swanberg’s screenplay work as well as those moments. That is a problem considering the first two-thirds of The Rental is basically just a hangout movie. Only the constant presence of fog in nighttime scenes indicates that something chilling will eventually go down.

Opting for a slow burn character-centric approach in a thriller isn’t a bad idea at all. Problem is, The Rental doesn’t do much with this approach. Half of the main cast feels disposable a lot of the time. Michelle is just around to be annoyed at Charlie’s behavior and Josh just stands around in the background. Meanwhile, the big plot turns meant to build up conflict between the four leads are predictable. Secret lovers Charlie and Mina end up boning in the shower while Josh reveals to Michelle that unfaithful Charlie has been (GASP!) unfaithful to women in the past.

Scenes depicting these developments are shot with artsy and restrained camerawork that only reinforce how empty a lot of the The Rental is. Just because you frame a pivotal conversation in an extended wide shot does not automatically lend your script all the depth of a Kelly Reichardt movie. Puzzlingly, The Rental’s artsy character-driven ambitions give way to a third act that devolves into a pretty basic slasher movie. Said third act comes after Josh violently confronts the rental home’s manager, Taylor (Toby Huss). While the friends discuss whether or not to call an ambulance for the deeply wounded Taylor, an unknown assailant enters the home and suffocates Taylor.

Now thinking Josh killed Taylor, the group of friends are divided on how to approach this situation. Here again, Franco and Swanberg’s script fares best when dealing with awkwardness. This is particularly apparent in a scene where Josh, Charlie and Mina attempt to dispose Taylor’s body by throwing him a cliff. A seemingly simple task is anything but as Taylor falls onto a big rock rather than into the ocean. Gruesome dark comedy ensures as the trio tries to push him into the water, with Charlie repeatedly resorting to just throwing large rocks at the corpse. It’s a bizarre scene that finds humor in the universal experience of how plans between friends, whether they involve hiking or disposing of a corpse, never go according to plan.

Unfortunately, The Rental’s attempts at scares in its final half-hour are a lot less successful. The most inspired visual decision in this section of The Rental is framing an enraged Josh searching throughout the house for Charlie through the houses various hidden cameras. Otherwise, the assorted frights are usually filmed and edited as generic jump-scares. The various deaths of the four leads aren’t creative enough to make this portion of The Rental work as an entertaining slasher movie. Meanwhile, everybody, including final girl Mina, just becomes a generic prop by the time a deranged killer is chasing them. There’s not enough engage character-driven drama to make these sequences compelling on a thematic level. They’re just bog-standard horror movie fluff.

And then there’s the ending, which refuses to give an identity to the killer. He’s just a guy who moves from one rental home to the next, puts hidden cameras inside and then lures his next victims to their doom. The choice to make the identity of this figure ambiguous is conceptually interesting. Much like The Once-ler in the original Lorax book, Franco and Swanberg are trying to instill the idea that this murderer could be anybody, even the next person you rent a house from! It’s a nifty idea but it’s just that, a nifty idea. It doesn’t really enhance anything that came before it. The uninvolving characters are still uninvolving. The derivative scares are still derivative. This ending is a prime example of how The Rental has its fair share of intriguing ideas but it struggles to bring them together in a satisfying fashion. 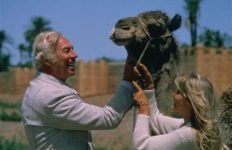 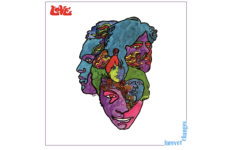