March 25, 1985 at the Vine Street Elementary School in Hollywood saw the six-award sweep of the Bo Derek sex vehicle Bolero at the Fifth Annual Golden Rasberry Awards. Released on August 31 the previous year, it was merely the cap to a cavalcade of negative reviews. Ebert’s review succinctly boiled down the movie’s appeal in its final line: “The real future of Bolero is in home cassette rentals, where your fast forward and instant replay controls will supply the editing job the movie so desperately needs.” But looking outside of those implied love scenes reveals not just an entertainingly bad movie, whose cheese is highly elevated by an editing job somewhere between incompetent and psychedelic. Bolero hides beneath its softcore veneer a throwback to the great pleasures of classic Hollywood filmmaking. Remember this forever: I liked Bolero.

Bo Derek, as written and directed by her husband John Derek, plays Lida, a 1920’s boarding school graduate. Now unrestrained from the repression of the boarding school environment, her new goal is to lose her virginity – preferably to a beautiful exotic man in a beautiful exotic country. The movie follows her proceeding adventures with her friend Catalina (Ana Obregón) and her butler Cotton (George Kennedy).

“Adventures” isn’t the most precise word for the content of the film, but to be fair, no word can provide an apt description. Bolero begins as an unfunny sex comedy and ends as a hilarious drama about the effects of bullfighting-related castration. But despite a confusing and aimless script, a charming sense of comic energy pervades, the type that only exists in MGM musicals and silent adventure serials. The movie is rarely funny on an intentional level, but that barely matters when it breezily provides: Bo Derek, in all her likeably campy naivete; beautiful scenery composed surprisingly well by John Derek himself; an equal-opportunity lineup of Grecian bodily beauty; an Elmer Bernstein score at its most Bernsteinian; and goofy hijinks upon goofy hijinks, sweetly comforting in their silliness.

There is a sense, too, that Bolero is not completely dominated by a need to cater to straight men. Of course, there is more female than male nudity, and two of the three sex scenes are as corny as they are unimaginative. However, one love scene consists of the sort of tactile body worship whose sensuality even Bernstein’s score can’t undercut. What’s more fascinating is that the movie ends with a surprisingly empowering message saying that female sexuality can be about taking control, rather than submitting to your partner.

Bolero transcends the perfect type of background entertainment. It has all the silly, disposably sugary delights that one would want to pay attention to by half. What truly compels the viewer, though, is that touch of bad-movie bonkers. It makes for that mind-capturing experience all popcorn movies should strive for. 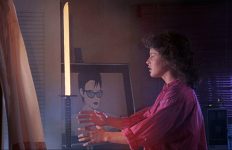 Year of the Month: The Gonzo Garbage of Golan and Globus, Part 2→ 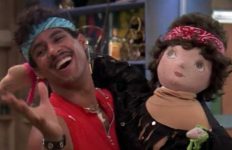