I sometimes think that the people who sell movies have no idea what those of us who consume them really experience. It isn’t just that Cinemark was selling me on the experience of seeing a movie in a Cinemark theatre after I’d clearly bought a ticket to do just that. It’s that they assumed that people necessarily choose what theatre they’re going to see things in. Technically, I can; there are three theatres in the Greater Olympia Area. I’ve never lived anywhere that didn’t have at least two—if you include the fact that we had one multiplex and one art house during the time the mall theatre was being completely renovated, because that was as close as we got there. For a lot of people in the US, they don’t even have that much choice.

I’m lucky and I know it. I lived in a town where, when I moved there, people were getting up a petition to get Othello in the local theatre, and at that, we technically had two multiplexes. Of course, they were both owned by the same person. And you were dealing with his interests and prejudices, as indicated by the Othello thing, which I believe was in part because of the interracial relationship. In Othello. In 1995.

There are people who drive a very long time to get to any theatre at all. My small town stories are from Port Angeles, Washington, but you know, I knew people from Forks. (Yes, the Twilight place. Ask me anything.) Forks is some fifty-five miles from Port Angeles and had, when I lived there, no theatre. It was the next-largest town in the area and on a major, for rural Washington State, road. So people in Forks probably got to the theatre more often than people from, say, Beaver or Sappho. (Yes, those are real towns on the Olympic Peninsula.) And I would imagine there are people in a lot of places in the country that are even farther away on worse roads from a theatre.

I mean, for one thing, this is part of why per-screen grosses are important. I did, when I was living there, see a theatre playing Dead Man—when I was on a trip to Canada. That movie was never getting to Port Angeles and we knew it. I was frankly astonished that Brain Candy even got to the video rental place. My roommate at the time was a Quentin Tarantino fan, and you kind of wonder how she ever got the chance to be—I grant you that nothing of his came out while I was living there, except Jackie Brown, but the kind of movie I took for granted being able to see if I chose while growing up in Los Angeles County did not necessarily get within eighty miles of Port Angeles unless your movie viewing included international travel.

This also makes me twitchy when I see people online demanding to know how you can’t have seen certain movies “yet.” Leaving aside the practical issues of money and time and childcare, how many opportunities do you think people living in La Push or Neah Bay got to see Moonlight before it came out on streaming or DVD? If you’ve never heard of the town a person lives in, and it’s not some suburb of LA or New York, consider that they might have one theatre for a hundred miles or more around, and it’s showing a double feature of Pirates of the Caribbean: Dead Men Tell No Tales and Baywatch.

In researching this article, I’ve discovered that the theatre in downtown Port Angeles has gone out of business. So yeah. 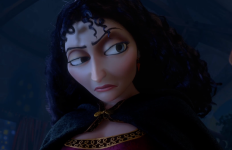 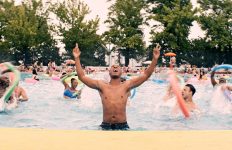 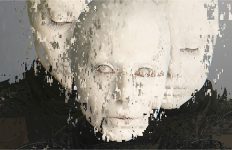