“Why is Raven driving up there to find Liquid?”
“For one thing, we don’t want to attract attention to the operation there.”
“Oh please. You’re telling me we aren’t capable of extracting one covert agent from the Alaskan wilderness under the radar?”
“For another thing, we hate Raven.”
“See, you could’ve just said that.”

The Last Days Of FOXHOUND is a parody and prequel of the Metal Gear Solid series written by Chris Doucette, and it has two separate yet equally interesting concepts. The first is that, as I said, it’s a parody, and it’s an interesting case study in how a parody can be driven by love even as it relentlessly and ruthlessly criticises its subject. The setup is that it shows the backstory of the FOXHOUND unit that Solid Snake fights in Metal Gear Solid, beginning with when Liquid Snake first joins and ending right when Snake enters the Shadow Moses facility. Much of the parody involves pointing out the absurd elements of the original series; probably most famously, it uses both Psycho Mantis and Naomi Hunter to vent about the inaccurate take on genetics present in Liquid Snake’s speeches (Doucette having a PhD in Molecular Biology), and it both uses plot devices from all over the game to push its story forward whilst having characters comment upon their absurdity. It also exaggerates characterisations from the games for comic effect – most obviously, Liquid Snake, who is turned into a childlike buffoon to ‘explain’ both his terrible understanding of genetics and his ongoing fury at his father and brother. Layered on top of this is a sweary sense of humour in which characters use the details of the setting to play out hilariously banal arguments; the most developed relationship in the comic is that between Mantis and Revolver Ocelot, a rivalry based on seething mutual hatred and constant ownage of each other, like if Jerry Seinfeld and Newman engaged in casual murder.

But, like I’ve said before, one essential part of writing comedy is knowing what you do take seriously and what will not be fodder for jokes, and because LDoF has a single source for those jokes, it’s very easy to articulate what it will take seriously and why it considers its topic worth exploring, and that’s tied into the other interesting concept: LDoF is another prequel, and it works on polar opposite principles to the official one. The cast is almost entirely composed of people we’ve met before; the characters original to the comic can be counted on one hand, and with one exception they’re all fairly minor characters. It’s very much a procedural that shows events from the very recent past; the comic is five hundred strips long, and every single one of the last sixty of them show an action that specifically sets up something from the plot of the first game. The really interesting thing about it, structurally, is that it starts out as kind of episodic – where the team goes on missions and those missions both throw in twists and revelations that change the fundamental nature of the world the characters are operating in and develop the relationships and self-images of the protagonists. These episodes are inventive, creating things that feel like they could have happened in the MGS world, but with time the actual ‘history’ starts taking over more and more.

The feeling is that while the details of MGS are not taken seriously, the emotions and ideas are taken deadly seriously. The other side of the development of LDoF is that it becomes more serious and more philosophically complex; it’s at about strip #150 that Doucette seems to be taking the, you know, character of the characters more seriously, and it becomes a genuine exploration of how Liquid becomes the idealistic crusader he is in Metal Gear Solid. What keeps the comic functioning is how the characters are allowed sincere emotional reactions to the plot and often change their views based upon what happens. Doucette starting writing the comic inbetween the release of the second and third games, and he radically changed the story to suit the revelations made in that game. From a technical perspective, it’s possibly the most effective retcon ever, carefully constructed to make as much sense as possible within the context of what he’d already written. But it works emotionally, because the details radically change the context of the Mantis/Ocelot rivalry in a way that completely unbalances things (an equivalent would be the discovery that Frank Burns was actually secretly a morally incorruptible good guy on M*A*S*H and that Hawkeye had been out of his depth since day one). Doucette allows this to happen and allows Mantis to feel outraged and humiliated beyond his wildest nightmares, and it’s shown to calcify his nihilistic rage at the entire world.

I find it fascinating as a demonstration of one particular creative conceit – it’s very similar to the creative conceit that sparked the TV show Hannibal, and in fact I would say it surpasses it in that respect. One of my principles for storytelling is frontloading all the stuff you want to do and say, but this is an effective story that reverses that; it reminds me of what Edgar Allan Poe and HP Lovecraft have both said about writing the ending first so that you can build up to it most effectively. Both writers were describing how to achieve an intense atmospheric tone, and what LDoF is showing is something slightly different – one way of looking at it is that Doucette is showing all the work required to do a single complex task, and I find it very compelling – I could square it with my principle by saying that they’re frontloading the work, which is their real point of interest. I actually find myself imagining a storyteller doing a secret prequel, keeping a specific series of events in mind and getting to it by planting storytelling seeds now – in my head, this is most effectively done by not tipping your hand that there’s a specific plan in the first place and changing some of the details as your story dictates, with the image you’re working towards giving you an unerring sense of direction. I think, of course, of the creators of How I Met Your Mother making both mistakes; I think of the phrase ‘if you do things right, people won’t be sure you’ve done anything at all’. 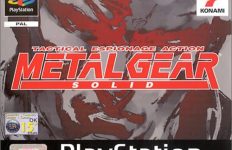 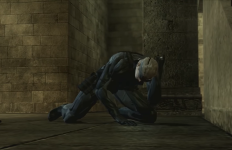 Metal Gear Solid 4: That Joke On The Simpsons About The Movie Death Wish But For Serious→ 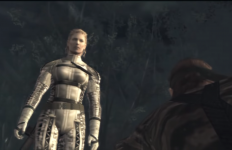 Metal Gear Solid 3: Snake Eater – The Greatest Of All Prequels→ 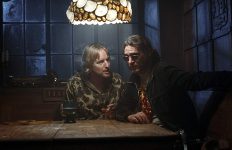