Damon Runyon had something in common with Dr. Seuss: both writers had distinctive voices that, on the surface, appeared simple enough that anyone should be able to imitate them. In addition, both writers tended to write short, fable-like stories that don’t lend themselves to feature-length adaptation without a lot of padding. The list of films based on both writers’ work that don’t quite succeed, however, shows that channeling their unique phraseology isn’t as easy as it looks.

In that light, writer-director-producer Howard Brookner made a smart decision when he combined the linked stories in Runyon’s The Bloodhounds of Broadway into a portmanteau, minimally rearranging the pieces of Runyon’s narratives so that they all take place on New Year’s Eve, 1928. The film introduces a wide swath of colorful New York characters—gamblers, bootleggers, society swells, and their assorted hangers-on—and traces their money-making schemes, love affairs, and fights over the course of a single night. With its large ensemble cast and Runyon’s incongruously elegant diction (think of Fat Tony on The Simpsons), Bloodhounds of Broadway features a cross-section of the society and underworld types that Runyon memorably brought to life in his writing.

It would be easy to assume that the title is a metaphor, and that the story centers on detectives on the trail of gangsters, or even more loosely on the ambitious young strivers sniffing for opportunities in the competitive world of New York high society. Indeed, those types of character are well-represented, but the title is also literal, referring to a pair of bloodhounds owned by a stranded Georgia native who turns up at Mindy’s, the eatery at the center of so many of Runyon’s stories. Drafted into tracking the murderer of odious big spender Marvin Clay (John Rothman), the bloodhounds’ path through the craps games, apartments, and hideouts of the other characters unites the various threads of the story.

At least Brookner’s 1989 production is truer to its source than the 1952 Fox musical Bloodhounds of Broadway, which replaced the bloodhounds’ owner (played in 1989 by Alan “Cameron” Ruck) with a sexy barefoot hillbilly played by Mitzi Gaynor. Brookner’s version is frequently silly, but compared to the deliriously campy 1952 version, it’s a sober affair, even with cult movie signifiers Madonna and William S. Burroughs (during the last decade of his life, when he was cashing in his countercultural bona fides to appear in Nike commercials and music videos) on board.

It may be a bit too earnest in its tribute to Runyon, however, as pages of the author’s prose are placed in the mouth of narrator Waldo Winchester (a thinly-fictionalized version of Runyon’s friend, columnist Walter Winchell), reminiscing about the biggest night he ever covered. Winchester (Josef Sommer) floats from scene to scene, observing key events and filling the audience in on important information (taking the role that Runyon himself played in his own stories). The voiceover frequently gives the impression of someone reading Runyon’s stories aloud while actors in period costumes strike stylish poses. Even worse, whenever new dialogue is added to link together Runyon’s words, it mostly falls flat. Combined with the film’s television-quality production values and eclectic cast (an answer to future trivia questions and a pivotal hub for games of “Six Degrees of Kevin Bacon”), it feels like a mini-series cut down to feature length; all it needs is the addition of Scott Bakula to be a two-part episode of Quantum Leap.

The most entertaining strand centers on Feet Samuels (Randy Quaid), a lovesick “broker”—as in, he’s frequently broke—known for always paying his debts, who has had enough of life and sells his body to science, with the agreement that he will deliver it to the unscrupulous “croaker” at midnight. But with the money he got in advance for his body, his gambling fortunes have turned and he has started winning, giving him a chance with nightclub singer Hortense Hathaway (Madonna). As his winnings increase and he makes headway with Hortense, his desire to live fights with his sense of honor.

It’s movies like this that remind one that Quaid could be an excellent dramatic actor as well as the goofy comic of the Vacation movies, and here he gets to play both sides. Fitted with a pair of Sideshow Bob-sized shoes, Quaid is awkward and bumbling, constantly tripping himself and others, and a scene in which he can’t keep himself from winning against a cheating bruiser is quite funny (Steve Buscemi appears in a small role as a card player on a losing run, another of the hidden pleasures of this film). At the same time, the vulnerability underlying Quaid’s childlike persona makes his hesitant wooing of Hortense and his fear of death feel surprisingly genuine.

For her part, Madonna, freed from the burden of headlining the production, acquits herself adequately. She and Quaid make a cute couple, and have more chemistry than Matt Dillon and Jennifer Grey as another pair of mismatched lovers. More expressive with her face and body than her voice, there are a few scenes that make me think Madonna would have made a great actress in the silent era.

In some ways, Bloodhounds of Broadway was a few years too early: it includes big band performances by Vince Giordano and the Nighthawks, several years before the swing craze of the 1990s would have made such a performance a selling point. It’s a great showcase for singular “mugs” of the kind the Coen brothers would soon favor, and its Runyon-speak is about one and a half drafts away from the retro-screwball of The Hudsucker Proxy and Intolerable Cruelty. One wonders, too, how this material would have been treated post-Tarantino: although Runyon described violence and debauchery, it was almost always in an understated, euphemistic way (as an example, in “The Brain Goes Home,” when the Brain is stabbed by “a very good shiv artist,” he is left “with a very bad cut in his side which calls for some stitching”). That understatement is part of Runyon’s charm, but the fact that a movie containing that very scene is rated PG tells you all you need to know about its relative edge. (The death of a parrot is more graphic than the Brain’s stabbing, and stands out all the more for the relative bloodlessness of the rest of the movie.) You could easily show this film to a high school English class, but they would undoubtedly get more out of Guys and Dolls. 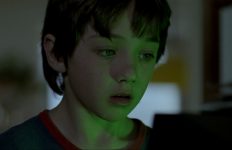 THE DEKALOG Ranked by Dekalogishness (Year of the Month)→ 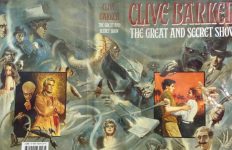