Of late, I’ve been doing a lot of people about whom I’m doing research. Specifically, watching movies I’ve never seen. Movies I’ve never heard of. I’m proud of that—I do strongly believe that the film industry is full of people doing solid, quality work that you’ve never heard of. Noting that is to my mind important work. It would be far too easy to make this column nothing but a list of superstars. And, yes, this and its sibling column are routinely full of people who are extremely well known. And, yes, this is one of those cases. One where I arguably don’t need to do much in the way of looking things up before writing, instead of having six different tabs open in the hopes that any of them will have any information at all.

I mean, Harrison Ford. I’ve known who he was my whole life; one of my earliest cinematic memories is seeing Raiders of the Lost Ark on the big screen—at a drive-in, no less. I may well have been too young to process that Harrison Ford is a person, not that Han Solo and Indiana Jones are people who happen to look mysteriously alike. Honestly, for my generation, he may well be the person who brought us to that realization. Because Indy and Han were so big and so distinct, that may well have been how a lot of us came to realize that actors were actors, real people playing roles.

In a way, it means that Harrison Ford shattered one of our illusions. For many of us—and again, I’m not saying this is true for me, but it could have been—Harrison Ford taught us that movies are pretend. On the other hand, another of my early childhood memories around him is from a subscription we had to 3-2-1 Contact magazine, which once in the mid-’80s ran an article about how special effects are done. Specifically, from what I remember—not much—Indiana Jones and the Temple of Doom. Which is probably where seven-year-old Gillian first learned about bluescreen, as they used on that movie.

These days, it appears that what he’s teaching us is that being a movie star isn’t unbridled fun. He’s cranky and curmudgeonly and old—and honestly, that’s not an unreasonable extension of his two most famous characters, who also both tend toward the cranky and curmudgeonly and are just, you know, a lot younger. He was, after all, already working on Han Solo when I was born. (The movie came out about six months after I did.) I remember a kid from my preschool had a Star Wars birthday party. Which I’m pretty sure Not-Quite-My-Age-At-The-Time Harrison Ford would have rolled his eyes at a bit.

One thing I will note is that this article has reminded me that I’m just pretty well not capable of calling him “Ford” when I write. He’s one of those people whose name might as well be one word. I can’t imagine calling him “Harry,” as Callista Flockheart apparently does. Just as his costar Sir Alec Guinness might just as well have all that be a single word. In his early films, he was billed as “Harrison J. Ford,” despite not actually having a middle name, because of the silent actor Harrison Ford. I wonder if that might have changed things.

Help me keep back some money in the hopes of acquiring a someday release of the despecialized editions; consider supporting my Patreon or Ko-fi! 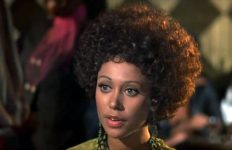 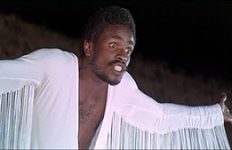 Attention Must Be Paid: Carl Anderson→