Today, we have gotten to at least our seventh Catwoman, managing all but one while she was still alive. (Eartha Kitt died before The Solute was born.) We’ve done two animated Catwomen, both the live-action TV ones from the sixties, and are now on our third of the five live-action feature ones. (The remaining two live-action ones are still too young to qualify for the column.) The character is so common to the Batman mythos that I might well be missing one or two of the animated ones, and I don’t even know about the video games.

No one brought Catwoman to the big screen before Meriwether. She may not be the most iconic of the ‘60s versions of the character, but she’s an important part of the character’s history nonetheless. She’s also the only one given anything approaching an alter ego; it was, admittedly, a lie—her “Miss Kitka” did not exist—but she’s the only version of the West-era Catwoman to have even that much. As always with the character, there’s intense sexual tension. She’s even deliberately seducing Batman, because that makes the plan easier.

As with most women in the role, Meriwether has long been seen as primarily a sexual figure. As recently as 2008, she played a character called “Battle Diva” on The Wizards of Waverly Place. Since that’s a Disney Channel show, the character isn’t likely to be all that sexualized, but you can’t tell me they aren’t relying on Boomer memories for her appeal. She did seventy-three episodes as Lily Munster, and if Lily was never as openly sexual as counterpart Morticia Addams, it’s still true that she’s a sexual character. IMDb also describes her Star Trek character as “the beautiful image of a deadly woman.”

As with all women in the role, she’s also more than just a sexual figure. Her career goes all the way back to the early days of live TV drama, and if one of those is an appearance on The Philco Television Playhouse “The Miss America Story,” as the first-ever televised Miss America, there are still two others just on The Philco Television Playhouse alone. Her career is over sixty years, and careers built just on sexuality don’t last that long. Women cast as Catwoman have invariably been talented. Often at least as much so, if not more, than various of the men from the shows and movies.

Next year is the sixtieth anniversary of her Miss America win, and she is one of the only women to hold the title whose name I can remember. She is still going strong. She might not be one of the names people think of; her TV career is long and varied, though, and she’s definitely one of the people of exactly the type to be right for this column. Inasmuch as you might have been surprised to learn that she is, in fact, still alive and going at age 87.

Keep me going my supporting my Patreon or Ko-fi! 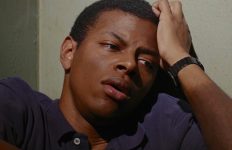