Remarkably, it was not this:

Although, in a way, it kind of was, wasn’t it? “Are You Ready For Freddy?” played over the end credits of 1988’s A Nightmare on Elm Street 4: The Dream Master, a film that made nearly 50 million dollars; 1989’s A Nightmare on Elm Street 5: The Dream Child barely passed 20 million. In just one year, audiences almost completely lost interest in Krueger, who had become something of a pop culture punchline at that point. Some fans returned for the franchise’s reputed endpoint, Freddy’s Dead: The Final Nightmare, in 1991, but audiences didn’t leave particularly impressed; Wes Craven’s New Nightmare drew less money than any entry in the series to date, and for 16 years, that was the end of Freddy Krueger’s franchise.

There were 7 Freddy Krueger films between 1984’s A Nightmare on Elm Street and 1994’s Wes Craven’s New Nightmare, but in that time the horror landscape had badly stagnated after its brief mid-80s revival. The up-and-coming franchises like Leprechaun and Childs Play were very aware of the genre’s increased reliance on camp and fun, license-friendly monsters. 90s horror didn’t really take off aside from the largely unreplicated successes of Scream and Interview with a Vampire. Gone were the vengeful avatars seeking retribution on innocents for the sins of their elders; in their place was… well, for years, nothing. The 90s in particular were more about taking horror apart than building something new, and Wes Craven’s New Nightmare fits in well in that atmosphere.

Like so many of the endlessly iterated slashers of the 70s and 80s, Krueger had almost immediately become the draw for his films, rather than the antagonist. Wes Craven’s New Nightmare was a tacit acknowledgment that the Nightmare films had dramatically lost their way because of that fact. Robert Englund’s take on Krueger was gleeful in his sadism, a welcome change from the implacable menace of Michael Myers, Jason, and a hundred others, so it makes sense that Craven’s joyously malevolent monster would have saved the slasher film with the quick, creative A Nightmare on Elm Street. But Englund’s magnetic performance kept pushing Freddy to the forefront, giving him a ridiculous ‘catchphrase‘ and a confusing backstory that made his appearances increasingly predictable, even banal. Banality, it turns out, is rarely terrifying or entertaining, which is a problem for a long-running horror franchise. What execs (and fans) saw as the series’ main draw was actually slowly suffocating the movies.

But Wes Craven’s New Nightmare is actually a relative rarity in the pantheon of series-ending horror films: It’s not bad. While most latter-day Nightmare films are middling-to-awful, New Nightmare suggests that the awfulness of those films should be frightening in and of itself. It is a popular theory that horror tends to be a reaction to common issues in society, something Craven – whose studies were focused on psychology and philsophy – made use of here, suggesting that there were literal demonic beings out there that we ‘trapped’ in scary stories. But when those scary stories, when those monsters stopped resonating, whether people forgot or the monster became too familiar, well, those creatures were free. Krueger ended, as many of the iconic slasher villains, as an over-the-top caricature of consumer-friendly eeeeevil, utterly defanged. Which means, in New Nightmare, that’s when the real evil is free to roam the Earth. Our Earth, or so Craven tried to sell here.

Craven also understood something that few others involved with Nightmare did: The importance of Heather Langenkamp’s Nancy. Tellingly, when Craven wrote a Nightmare film – and he wrote the three best – Langenkamp was always involved. In A Nightmare on Elm Street, she made for a fascinatingly resourceful Final Girl, surviving the fight against Freddy because she was clever and planned ahead for the battle. Craven built on that thread when he brought her back for A Nightmare on Elm Street 3: Dream Warriors as a mentor to a group of younger kids under siege by Freddy. To Craven, Krueger didn’t seem to work without a worthy adversary; the thrill of the Nightmare films was not in Krueger’s gleeful murder but in the way Nancy pushed back against it. In New Nightmare, Langenkamp was effectively playing Nancy again, but where the first film had her coming to terms with an alcoholic mother and a distant father who couldn’t see what tormented her, New Nightmare sets her up as the mother of a troubled son going through something she can’t understand, bringing Nancy’s arc full circle and continuing a core idea of Nightmare: Children suffering because of what their parents did.

But while the film is conceptually interesting, it’s easy to see why it failed to resonate. Mainstream audiences rarely bite on ‘meta’ films, and New Nightmare wraps itself in layer after layer of metatext until, by the film’s climax, when Langenkamp fights Freddy on what looks like a chintzy Temple of Doom knock-off set, it’s impossible to tell if the sequence if ironic or dumb, cliche or canny. While Craven plays up how much scarier this new Freddy is – something he can only get away with because Krueger the monster is barely in the film at all until the climax, a strong creative choice that may have alienated audiences used to him popping up constantly – he can’t really find any new tricks for Krueger to play, which makes the threat feel overblown. And the pace is much slower, the scares much more focused on Langenkamp’s celebrity and creepy-ass son, which are trickier to make feel universal.

Still, rather than ending by slowly petering out (hello, Hellraiser), Craven opted to finish A Nightmare on Elm Street with a series-defining statement. It couldn’t match the original, which had two pretty amazing death scenes (the effects on both Glen and Tina’s deaths remain impressive to this day) and the shock of newness, but it could and did serve successfully as a conclusion to the series in a way that Freddy’s Dead (which lacked not just scream queen Langenkamp’s involvement, but also writer/director Craven’s) simply could not. Freddy’s Dead was the conclusion to Freddy Krueger’s story; Wes Craven’s New Nightmare was the conclusion to A Nightmare on Elm Street.

Freddy wasn’t dead, of course. We saw him again in 2003’s Freddy Vs. Jason, 9 years later, and then in 2010’s Michael Bay-produced reboot. As Craven predicted in 1994, you just can’t keep a marketable idea down. But even with a total of nine Freddy Krueger films, no one quite figured out how to use him like Craven did, and Krueger never again achieved quite the same level of terror. Wes Craven’s New Nightmare serves as an effective send-off for the iconic franchise, suggesting that even as the movies took a deep, never-ending dive into mediocrity, there would always be something lurking at the outer edges of our nightmares, waiting for a way in.

Next on Dead Ends 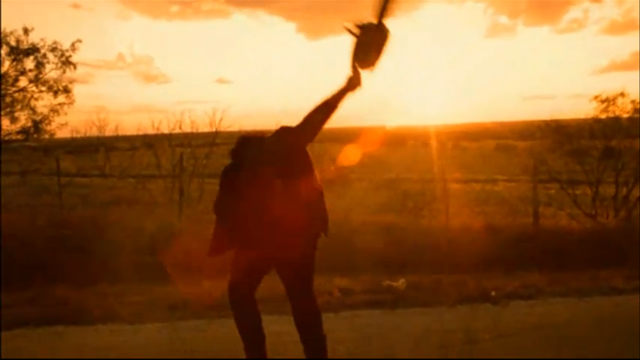 Librarian, writer, and critic operating out of rural Ohio.