There are only victims.  (last line of Scott Turow’s Pleading Guilty)

The modern industrial age has necessarily given rise to a particular genre of fiction, the story of the man who begins in the horror of poverty and becomes a prince.  (A characteristic of the modern world is that poverty itself becomes a horror.)  Horatio Alger all but patented this and it’s alloyed into our culture and thought.  As a kind of counterforce, there has also arisen what could be called the genre of the abandoned moderns, the ones who aren’t ever going to rise, the “redundant” people in Margaret Thatcher’s brutal, accurate coinage.  This genre contains a truth that so many in our culture continue to deny:  we live in a world where most people can’t succeed, and their failure doesn’t make them noble.  In Kurt Vonnegut’s description of James T. Farrell’s characters, those who have been damaged by capitalism have been damaged permanently, and the best works carry the sense of damage across generations.  Works in this genre usually get labeled as “crime fiction,” but this isn’t crime in the sense of “deviation from rational, everyday life”; crime for these characters is everyday life.  These characters are simultaneously small-time and oversized, and those who write them well have the challenge of making them both absurd and believable.  This genre goes at least as far back as William Faulkner and Flannery O’Connor, maybe to Dickens and Zola, and continues into the present with authors like Donald Ray Pollock (Knockemstiff, The Devil All the Time), Adrian Nicole LeBlanc’s Random Family (arguably a nonfiction example of the genre), and even the Elmore Leonard/Graham Yost TV series Justified (with the Crowe family as the contemporary version of the Snopes), and Andrew F. Sullivan brings it northward into contemporary Canada with his first novel, the appropriately titled Waste.  (Disclosure:  Sullivan comments here under the name GrieverDeHocus and it’s a privilege to review his work.)

The present action of Waste happens over a winter 1989 weekend in what could be called post-industrial Ontario:  Larkhill, which “used to have twelve different manufacturing plants and three different head offices for minor corporations.”  The opening scene has two men in ZZ Top beards (Sullivan has a cute obsession with this detail) drilling another man’s kneecaps, which sets the tone pretty effectively.  (If the first chapter is too much for you, bail, because I assure you things don’t get prettier.)  From there, two late-teen butcher shop workers, Jamie Garrison and Moses Moon, hit a lion while out driving.  Not long after, Moses’s mom, disabled after a bowling-ball mishap some years earlier, goes missing, and we’re off.

I don’t want to reveal more of the plot, because there’s a surprising amount of it for 250 pages and because it’s both disturbing and wicked funny.  Sullivan works in cultural references in a way that’s believable without overdoing it:  in addition to ZZ Top, Moses keeps thinking about Bill Murray as a kind of patron saint, there’s discussion about the potential Terminator sequel, and The Wizard of Oz shows up as the punchline to a book-length joke, one that we’re not aware of until the end.  Sullivan includes in his cast of characters skinheads, drug dealers, immigrants, amateur surgeons, and bowlers and tracks the damage everyone suffers (just think twice before you shave your head or kick your next door down, alls I’m sayin’); the settings include houses, malls, roads, and hotels, everything dirty, falling apart.  The descriptions feel almost botanical, even geological, like Larkhill is a dead settlement getting reclaimed by a forest.  Sullivan is particularly effective with the hotels; you’ll want to take a shower after you read about them but only after you’ve cleaned your bathroom first, with bleach.

Most effectively, Sullivan flashes back from the present to establish the journey of all the characters, and he continually includes little stings of detail (“The ground here was filled with sulfur and asbestos and who knew what else, all of it bubbling under the crabgrass”), all about what the past inflicts on the present.  When everyone is already on the margins, one accident, one moment of stupidity can sink people for generations, maybe permanently.  Sullivan conveys the sense of a present choked off by the past, and with Jamie’s daughter Kansas, we sense that the future, too, won’t be any better.  It’s another element of the abandoned-moderns genre:  no one will work or luck their way out of this, they won’t even want to. The sense of a real community with a real, binding legacy is as strong as Pollock’s Knockemstiff but with more narrative drive; the sense of decay makes it the opposite number of Donald Waldie’s Holy Land: a Suburban Memoir.  Waldie’s brief, spare work was all about the promise of the beginning of the post-Cold War era, and Waste is denser, more discursive, and all about where it ended up a generation and a half later.

Sullivan writes about all of this with something close to compassion.  The events may be grotesque but not the characters; people don’t exist here for the sake of being scary or strange.  We know why everyone acts as they do, usually in stupid, self-destructive ways.  He catches how the characters can’t feel a future, only a past full of fuck-ups and resentments that no one can escape; when one of them beats a woman to death, it’s unreasonable and unsurprising.  They all live in what Richard Price called “the land of the two-minute clock” and we can feel what it’s like to have no belief that anything will change, because it won’t.  That doesn’t mean these characters have no agency or no morality; Sullivan has a strong sense of how fate can derail lives, but these characters still have to make choices after they’ve gone off the tracks.  Moses searching for his mother is perhaps the best example, as is his decision at the very end of the story.  This isn’t Bret Easton Ellis territory, where all choices, and therefore all morality, gets flattened.

Sullivan uses a compelling, slightly hallucinatory technique in Waste, where the writing sometimes runs a little bit ahead of the action, so we jump from something about to happen to something that just happened.  It reinforces the feeling that these characters don’t really decide what they’re doing, only act and have to live with what they’ve done.  He has a horror-movie director’s grasp of how much detail to reveal, and how much to withhold; his description of jamming a corpse into a barrel of animal waste is unforgettable, and necessarily so.

Moses popped one of the lids.  Fat, bone, gristle.  Chunks of decaying meat, dark steaks and old chickens.  Pints of blood dumped off the cutting boards.  Pork fat, beef gristle, rotting turkey gullets.  All the unwanted parts.  The can was full.  Too full.  The next container mainly held beef trimmings and broken pig bones bleeding yellow.  The blood around the sides of the bone can was green like algae.  They could bury him under that blood.

The body slid into the green muck, bits of bone and fat bubbling to the surface.  Moses was used to the smell.  The surface congealed around the body like Jell-O as they pushed it farther down.  They had to jam the feet under the lid, the long toenails rasping at the plastic.  Logan sat on the floor and closed his eyes.  Moses pushed and pulled the bone can outside into the snow.  Too cold for crows.  The moon made everything look clean.  No lion waited outside.

His horror director’s sense extends to his descriptions of the vulnerability of bodies and psyches, which makes sense for a work that’s so much about the loss and injuries everyone has to keep living with.  And “No lion waited outside” catches the humor in Waste, the absurdity of mistakes and mismatches.  That never goes away either.  He also knows just how often to refer to the all-pervading cold; as someone who grew up in these latitudes, I appreciate that and can tell you that he got it right.

Tone is the trickiest element of this kind of writing, and also the most individual and Sullivan nails it for the most part.  For an example of a similar setting with a botched tone, check out (actually, don’t) John Gregory Dunne’s Nothing Lost, where he writes about these kind of characters with all the disgust and distance you’d expect from a writer who grew up in the Catholic schools of West Hartford, Connecticut and Princeton.  (Another example:  anything Tom Wolfe has ever written.)  Here, Sullivan’s tone has beauty and force but no superfluous elegance, describing the world and the people just one level above mundane description; his rare mistakes come when he tries to go two levels above it.  Crime writers–Leonard, Pollock, Price, Patricia Highsmith, our own Zoe Z. Dean–are usually the best at this kind of thing, and I suspect that’s because they don’t work in a more literary genre and therefore don’t get rewarded for having an Impressive Literary Voice.  (Thank God.)  Sullivan’s one level makes the difference:  it’s an authorial voice but not an intrusive one, coming off as someone from the world of the characters but not among the characters, distinctive but not superior.

The writer Sullivan evokes the most, in temperament and in nothing else, is David Foster Wallace; not the Wallace of the endless nested footnotes or the high literary snark of the nonfiction or the grand meanings of Infinite Jest and The Pale King, but the best Wallace:  the close and compassionate observer of those whose biggest and most necessary victories were getting by.  Waste sometimes feels like the Ennet House scenes in Infinite Jest, but more direct because Sullivan doesn’t feel the need to fit them into any kind of larger scheme, not of symbol or of plot.  Behind every paragraph in Infinite Jest, there’s the question “why is he telling me this?” and there’s usually an answer.  With Sullivan, the story is its own answer.  At heart, Wallace was a philosopher, returning to themes and questions; had he attempted Waste, he would have had to set it in some kind of larger symbolic/historical schema.  To his great credit, Sullivan is a storyteller, caring about places and people for their own worth.  You can derive a political point from this if you want to (maybe I have), but he makes them living beings first, and that matters more.  John Irving said that “a novelist is a doctor who only sees terminal cases”; Sullivan’s Larkhill is all terminal cases, and if he can’t save these lives, he at least honors them. 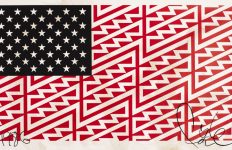 Book On The Shelf: The Man In The High Castle→