I haven’t seen Get Out and don’t know when or if I’m going to. I have no horse in that particular race. But it strikes me that the reason there’s so much fuss about whether it’s a comedy or not stems exclusively from the fact that the Golden Globes have two categories, “Best Motion Picture—Drama” and “Best Motion Picture—Musical or Comedy.” They’ve been notoriously erratic about what they consider a “musical or comedy.” But I think it’s worth having the conversation about why they’ve gone with two categories at all and what it says about our attitude toward comedy.

The last time a movie won Best Picture at the Oscars that fits into the “musical or comedy” category was 2002—and it was Chicago, a musical that is funny but not really a comedy. Before that, it depends on your standards. Shakespeare in Love in 1998? Annie Hall in 1977? Either one of them is an acceptable answer to me. But that’s how far back we’re talking. And don’t get me wrong; Schindler’s List deserved a Best Picture Oscar. Many, though I do not believe all, of those movies did. And I’ll accept the Funniest Movie Ever Made theoretically losing to Return of the King, if that were an issue, because genre pictures do even worse than comedy at the Oscars. But still.

So I think the Hollywood Foreign Press Association, in their drive to get as many celebrities as possible to attend the Golden Globes, settled on this solution—they will put comedies and dramas in two separate categories, and that way, a comedy will always win a Golden Globe. And that’s fine except for the part where they now have to decide every year if movies they want to have the stars from at the Golden Globes are comedies or dramas, and I think there’s some ridicule every year about the choices they’ve made, though I don’t follow the Golden Globes enough to be sure.

Comedy is hard. I don’t think everyone realizes that, but it is. I’ve written drama, and I’ve written comedy, and drama’s easier. It’s less personal, too. You do a story about a loved one dying, and everyone can get inside that space. But what you think is funny and what I think is funny are always going to be different things. So in order to write a work of great comedy, I have to find the right bit inside a lot of people who all have a different right bit. There’s no such thing as universally funny, even leaving aside my Grandfather Dillon, who didn’t have a sense of humour at all. And that’s from the lips of my grandmother. But what Grandma Dillon, who did have a sense of humour, found funny wasn’t even necessarily the same was what my Grandma Nelson did, and they were the same basic demographic in a lot of ways.

Comedy is still a ghetto. Even though it’s well established that the easiest way to get someone to cry is to get them to laugh first and vice versa, there’s a belief that comedy isn’t as valuable. Just look at all those comedians forcing the idea that they’re Serious Actors. I grant you that Jon Stewart’s directorial debut was what it was because he was personally connected to the story, but how often do we see the “And now I am a real actor/writer/director because I have produced a work of Serious Drama”? And it’s not even about range. A performer can play a dozen comedic characters, all different, and not be seen to have the same range as they will once they’ve played a single dramatic role.

Are there lazy comedians? You bet. And lazy dramatic actors, too. Is Nicholas Sparks a deeper and more varied writer than Bill Bryson, just because Bryson can’t do serious writing without his comedy seeping in? (For those unfamiliar, Bill Bryson is a creative nonfiction writer who has written on a wide range of subjects, tending to emphasize memoir. You may know him as the writer of A Walk in the Woods.) I put it to you that he is not. But because the closest Bryson has gotten to putting in the required work in the Drama Mines is a biography of Shakespeare, he’s not the sort who wins Pulitzers. Not that I believe Sparks is likely to win a Pulitzer.

By cutting ourselves off from comedy, we cut ourselves off from a large part of the human experience. We laugh. That is what we as a species do. If you are the one who makes people laugh, that is a worthy occupation, even if you never yourself make people cry.

If I’ve made you laugh or cry before, consider donating to my Patreon! 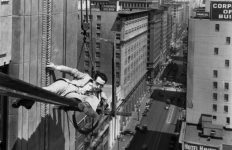