I wonder how much of my reaction to Bob Dylan’s country music comes down to me not really enjoying country music. When he has a guitar and maybe a harmonica, he sounds like something not of this Earth, let alone like anything else I’ve ever heard; much of his full band rock music has that effect too, especially when you get into the Never Ending Tour stage of his career. But his country music just sounds like country music to me. It doesn’t have his wisdom, personality, or particularity. Like, I generally accept it as part of his process, but it’s not a part of his career I’m really interested in. It doesn’t help that, like many of the country songs from this album, it’s a cover. silverwheel has argued that Self Portrait was intended as a serious album that was botched in production, but there’s a 1984 Rolling Stone interview of Dylan where I can at least see why people would interpret what he says as admitting the whole thing was a joke trying to get the ‘spokesperson of a generation’ label off his head. I could see this as a serious attempt by Dylan to expand his image and explore a genre of music he liked, only for him to be irritated by trying to put it into practice and end up getting sloppy and lazy because he didn’t care and was fed up with the music industry in general.

“Oxford Town” is a fun little ditty with a serious goal. It’s interesting to me how Dylan writes each song to a specific purpose (and usually has a different purpose to each performance, too); Dylan wrote it in response to a general request that Broadside magazine put out for songs about James Meredith, a black man who enrolled in the University of Mississippi, and the riots in response, and this feels like his version of “Depreston” – a characterisation of a place, trying to convey the mood of being there (being Dylan, it’s conveyed through metaphor, reference, and abstract thoughts as opposed to literal details). Perhaps one of the things that makes Dylan a Great artist is the diversity of uses he finds for composing songs – certainly, I recognise the same pleasure of finding many uses for writing criticism. What’s especially interesting here is how the music and lyrics are operating at cross-purposes; I love the jaunty guitar playing, which suggests strolling around Oxford Town all on its own, and the cheeriness of the music next to the moodiness of the lyrics is delightfully dissonant.

“Just Like A Woman” must be the most romantic break-up song I’ve ever heard. The beauty of the acoustic half of the “Royal Albert Hall” concert (please imagine me doing exaggerated Dr Evil-style finger-quotes every time I write it) comes in how the sound of Dylan’s voice and instruments echoing out through the hall combined with the particular quality of the recording make him seem to be singing from some elevated, divine place. It’s an effect that turns “Desolation Row” into a magical alternate reality, highlights the charm of the cheerfully unprofessional performance of “Mr Tambourine Man”, and brings out the raw aching desire of both the guitar and Dylan’s voice on this song, to the point of bringing me to tears. The lyrics have been described as sexist; they’re typically elliptical enough that I can see how someone could read them that way, especially on paper, but the way that Dylan sings it makes me think that he’s genuinely listing things he loves about her in amongst the ways she’s hurt him. He wants things to work out between them, and it’s killing him that they can’t. That last verse especially, before the refrain switches point of view, destroys me.

“Talkin’ World War III Blues” is another song that actually kind of benefits from the particular qualities of its recording. This also seems to be coming from a different plane of reality, but definitely not an elevated or divine one; rather, a cartoon world, probably in black and white. The pleasure of coming back to these songs in different variations in different essays is when I can observe that something has stuck with me, and the last verse of this song has really stuck with me. For one thing, I really like the joke it makes mangling a quote attributed to Abraham Lincoln, and how it leads into Dylan’s personal observation. Umberto Eco said (and I’m heavily paraphrasing here) that the postmodernist knows that the things they want to say have already been said, and they bring back the power of the words by citing the reference (“As Barbara Cartland would put it, I love you madly.”). I think that’s halfway to what a postmodernist can do. I think a postmodernist can take the great things that have already been said, and then add one more new thing on top of it. Dylan took two things that already existed – a mangled cliche and a dream about walking alone through post-apocalyptic New York – and found the third thing that comes after them. I also find the thought itself compelling and moving. Maybe it’s true that nobody can ever really know each other, and that we’re all separated from each other by worlds, and that our image of others is limited and flawed at best, but it’s nice to think that we can allow even a limited image of each other into our dreams, and to know our image is allowed in the dreams of others.

“Love Minus Zero/No Limit” is another observational love song like “She Belongs To Me”, this time contrasting her with people he doesn’t much care for. I’ve started using Genius lyrics to cross-check references in songs, and this is one of a group (alongside “Mr Tambourine Man” for example) where there doesn’t seem to be any direct references to anything, which I notice happens way more in his early Sixties work than later on (“High Water (For Charly Patton) is practically wall-to-wall references, for example). Rather, the Genius notes tend to be trying to explain the mood and meaning on a line-by-line basis, which I think is very revealing of how much his early work is a simple poetic expression of a single mood. “Never Say Goodbye” is part of why I question my indifference to his country music, because it feels pretty slight but I love its flavour of dirty, messy rock enough to roll with it. It’s like a heist movie that’s neither as brilliantly polished as Ocean’s Eleven nor as messy and post-modern as Reservoir Dogs – I like this kind of thing enough to like this. The most interesting thing about it is how he drops a reference to “baby blue”, implicitly tying it into his own work – though my take is that it’s more of a fun reference than anything actually meaningful.

One of the pleasures of bouncing around Dylan’s career the way I am is how I could enter different phases of his career without any kind of prejudice. Being over a year in, now I’ve developed my own kinds of expectations; up until now, I’ve missed out on Knocked Out Loaded, which silverwheel described as ‘existing, no more, no less’, so I entered this with my guard up. I was very surprised when my reaction was one of almost immediate disgust – my face went like Jules in Pulp Fiction when he learned the Dutch put mayo on their fries, kind of a wretch and a sneer at once. I reacted positively to “Emotionally Yours” from Empire Burlesque because it sounded like Eighties music infused with Dylan’s wisdom and songwriting. I’ve found “Neighbourhood Bully” from Infidels has stuck in the rotation because I react really positively to its almost Beatles-esque polish. This, on the other hand, sounds exactly like any shitty sub-Devo band that must have clogged the bottom of the Top 100 list in the Eighties. What the hell happened here? Was Dylan low on inspiration, beating his head on the wall, only to wake up one morning to find gremlins had broken into the studio and recorded tracks, and then thought “Hell, I’ll just record some vocals over this”? I looked up information on Dylan around this period, and I’m sympathetic to his mood (from Chronicles: “My own songs had become strangers to me. It wasn’t my moment of history anymore.”). Dylan was 45 at the time of recording the album, and from one point of view, perhaps he was simply going through a midlife crisis like everyone else around that age, which simply expressed itself in a Dylanesque fashion.

“If You Gotta Go, Go Now (Or Else You’re Gonna Stay All Night)” is a rare case of Dylan not being a solemn presence onstage. Generally, he forces the audience to silently, carefully listen and contemplate the things he’s singing, but here he provokes them into laughter, to the point where I wonder if he’s mugging at them or doing something physical I can’t see. I love it for being Dylan’s take on a late Fifties pop song, with him even throwing in a stop-start effect that feels incredibly cheesy in context (in a way that, say, “Can’t Buy Me Love” doesn’t). I have nothing of interest to say about “Copper Kettle”, beyond that Self Portrait and Another Self Portrait more accurately fits the ‘existing, no more, no less’ label for me. I often find that I prefer More Blood, More Tracks to the versions on the actual album, because their stripped down nature suits the introspective feel of the lyrics, and because his voice sounds more accepting than on the album. This is how it is, this how I feel, this is what I’m going to do. I talked about the relationship between logic and emotion before, and this feels like the point after his emotions have been processed and understood and a course of action has been decided but before that course of action has been set into motion. She’s gonna go, and she’s gonna make him lonesome, but he’s not going to go after her. That’s just how it is.

Drunk Napoleon Listens To Bob Dylan: Music To Kill A Man To→

Little boy lost, he takes himself so seriously: Bob Dylan, BLONDE ON BLONDE→ 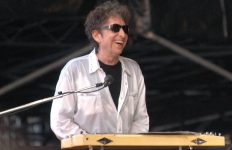 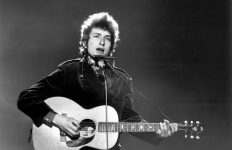