The most interesting scene in Gilda is when the eponymous character draws a direct connection between Johnny’s situation – in which he has chosen to work for a known criminal – and her own – in which she has chosen to marry a man she doesn’t love for his money. I take it to mean that there is effectively no difference between being a male criminal and being a woman at all. Something I thought about watching this is how I love the crime thrillers of the Thirties, Forties, and Fifties despite the fact that they’re all pretty much the same, and I think it comes down to the fact that crime stories are inherently dramatic. They have inherently high stakes, in which there are many terrible possible outcomes – not just death, but the risk of being locked in a cage for the rest of your life. They have a moral component, in which characters will or risk committing actions that demand a specific emotional response – the possibility of violations of the soul. They inherently rely on the protagonist’s skills. They have understandably small worlds in which the people the hero both wants and needs to work with are limited by design. This is all very entertaining to watch.

Gilda drawing a comparison between Johnny and herself ends up bleeding meaning into her actions for the rest of the film. Given that she just wants to have fun, the choices she made were completely sensible. Johnny doesn’t really understand them, because the fundamental conflict between them is that Gilda is comfortable being a criminal while Johnny wants to be absolutely anything else. What draws them together is that both are seeking security and stability; Johnny cheated at craps and Gilda married Mundson because both of them had to do what they did to survive, but Johnny tries to adapt his life to the straight world (shades of Stringer Bell in The Wire) and Gilda comfortably keeps living the same way, because she still sees herself as a criminal doing criminal things. Perhaps all the things I described inherent to a crime drama are the inherent necessities of being a woman – more likely, a woman in 1946. The mask one must wear to deflect attention; being surrounded by people you either don’t like or don’t trust; being forced to do things you find morally vile; the life-and-death stakes. I don’t know this for certain, I’m just basing it on things women have told me. How do you suppose all this ties into the modern-day female-heavy fanbase for true crime? 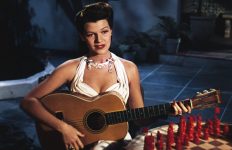 Year of the Month: BLOOD AND SAND→ 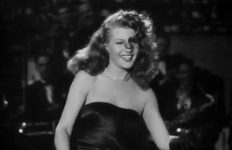 Attention Must Be Paid: Rita Hayworth→ 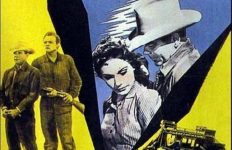