It’s hardly news that a lot of shows run through the minor actors. It’s also not news that minor actors often go on to be considerably more famous after a one-off performance on some show that runs through a lot of characters. The Rockford Files is one of those. So is M*A*S*H. Still, a very weird viewing experience was sitting down to a nice episode of The Rockford Files and discovering that literally half the cast of the episode, including one person who was barely more than an extra, would be or already was on M*A*S*H.

The episode is called “In Pursuit of Carol Thorne,” and it initially aired on 8 November, 1974. The eponymous Carol Thorne has just been released from prison. She was involved in the theft of a Marine payroll. There are goings-on and shenanigans and people might be missing and might not and no one’s being honest with Jim. It’s not an atypical episode, honestly. But Carol is played by Lynette Mettey. She did a half-dozen episodes, several before this Rockford. One of the other people involved is played by Robert Symonds, who on M*A*S*H sent Winchester to the 4077. Bill Fletcher’s actual IMDb profile picture is from the first Colonel Flagg episode, where he was the other intelligence operative. And Sal Viscuso, the PA announcer, is basically a glorified extra here.

In and of itself, that’s just a lot of people who were on another TV show. I’m watching as I write, and this episode guest stars people like Pernell Roberts, Howard Hesseman (while WKRP in Cinncinati was on the air, yet!), and Jackie Cooper. You get a lot of that on Rockford, which is in the Perry Mason/Law & Order/Love Boat pantheon of “we ran through a lot of actors.” It’s a little odd, though, that this episode clumped so heavily with people from M*A*S*H. And two of the people, I recognized without looking up. I’d’ve recognized Viscuso if he’d been on camera longer, in part because I’ve also been watching a lot of Soap lately, which was at that point three years in his future.

Although it’s also three years before Symonds would play Colonel Horace Baldwin, it’s almost enough to make you wonder if the other three were cast deliberately to play with the M*A*S*H angle. Fletcher’s appearance had been in March of that year, and Mettey’s ranged from 1973 to 1976. You figure a casting director on a show like this would be busy. There are eleven people listed on the IMDb page for this episode who aren’t series regulars. Two of them were uncredited on the show—including Viscuso—and are just added onto IMDb. Episodes tend to run from ten to twenty people credited, and that’s a lot of people to go through. Why not play around with it if you can?

This isn’t the Psych episode with Twin Peaks cast that’s got a plot involving Twin Peaks. That sort of thing can be fun. What I don’t remember, however, is a show that did an episode full of minor people who were notable from another show. Mettey’s most memorable turn on M*A*S*H would be in the future, too. Between her and Symonds, it’s almost a prediction. I am not intrigued enough by this to go searching through, say, all of the cast lists of Murder, She Wrote to find out if there are similar accidental casting coincidences. It genuinely wouldn’t surprise me if there were.

Note, of course, that I don’t include when episodes of Rockford include several people who were on Maverick. There are a bunch of those, and I tend to assume that it’s deliberate, even if that doesn’t go any farther than “James Garner remembered working with them and liked them.” As I recall, Lucille Ball would do much the same thing on her assorted shows. This also doesn’t include people who were on the show repeatedly as different characters, though I seem to recall a Law & Order where half the cast was playing at least their second character on the show. There’s a lot to say about “In Pursuit of Carol Thorne” that isn’t the casting, but the casting is still on the odd side.

I don’t exactly have a stolen Marine payroll sitting around; consider supporting my Patreon or Ko-fi! 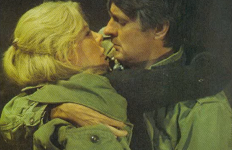 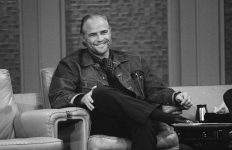