The “human interest” story that you used to read in the paper before all your local beat writers were laid off has found a new ubiquity in online shorts. It’s a great launching point – find a quirky local, introduce them to the audience and get into their backstory. Bonus points for tying their backstory to their quirky present. This approach is near foolproof on an individual basis but, like most foolproof formulas, it has a saturation point. Watch enough shorts and reliance on the formula tends to flatten out the quirks and emotional elements of the subject’s stories.

Izenberg tells Slomo’s story first of all with a great visual interest with staged material both literal (the old man reenactor delivers a jolt similar to the one Kitchin describes feeling) and figurative (rats in a cage, etc). He deploys the smooth-cam shots of skating judiciously, not just falling back on them to cover edits but making each one sing and carry us along. He finds a story with universal appeal in a guy quitting his job to pursue his heart’s whims, then he ties it to his subject in a way that couldn’t be replicated with another person: Kitchin, a former neurologist, breaks down a physiological theory of why he finds his skating technique wicked awesome.

Throughout the film Izenberg checks in with locals unaware of Kitchin’s story and keeps us aware of his status as a curious man of local lore. “What’s interesting to me is that nobody really knows who Slomo really is,” says one interviewee just before we cut to Slomo’s name, age and life story. Dr. John Kitchin, like so many of us, is not an unknowable mystery. It’s that nobody bothered to ask him who he was.

Everybody has an interesting story to tell, that’s the good news. The flipside is everybody’s got triumph and pain in their lives so it’s incumbent on the filmmaker to make those things matter in the film, not just trot them out for a cheap reaction. A good human interest story first introduces us to an interesting human, then it digs into the humanity that created the interesting thing in the first place. We may not all be able to quit our medical jobs and skate all day but we can get inspiration in Slomo’s quest for divinity. 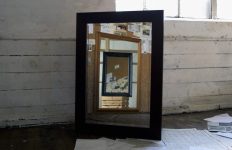 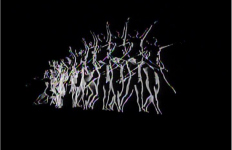 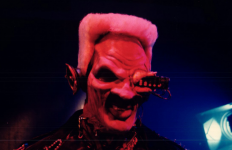 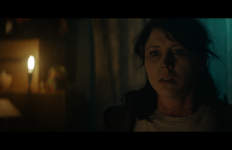