Browse: Home / Oscar Hangover: How to be a good queer ally

Back in September, I wrote about The Imitation Game being a case of pink face for Benedict Cumberbatch going gay to get an Oscar. Unfortunately for him, he was up against Eddie Redmayne in a role which required acting out the progression of physical disability, which is even stronger Oscar bait than sacrificing yourself on the scabbard of homosexuality.

Cumberbatch’s loss was really unfortunate for queer allies, as he had proven himself to be a master of speeches on his American promotional tour. Unlike Jared Leto and Michael Douglas of 2013, Cumberbatch had used his platform to point to the various plights that historically faces the queer community, and not just through the lens of Alan Turing, the subject of The Imitation Game. Unfortunately, the movie The Imitation Game failed to live up to Cumberbatch’s rhetoric.

The biggest problem with The Imitation Game was the screenplay, which denied Alan Turing the simple pleasure of a kiss in order to make him a confounding ball of neuroses. New York Books, in December, wrote about how The Imitation Game was a poor representation of Alan Turing, changing his personality on top of making him a closet case. Even with a stupid, regressive, and condescending screenplay, heterosexual screenwriter Graham Moore won the Oscar for Best Adapted Screenplay. In his award acceptance speech, Moore proceeded to steal the homosexual narrative and have his own It Gets Better moment…as an oppressed straight white male.

Throughout the night, he said the word “gay” once, and it was preceded by “I’m not.” Instead of using his position as a straight white male telling the story of an oppressed homosexual to comment on the plight of the homosexual, he instead made it about himself. In that light, it should be obvious that he turned Alan Turing into an avatar for himself in order to feel even more oppressed through somebody else’s story. He practically likened the government chemically castrating a man for having homosexual desires with being picked on in high school. Pink face indeed.

Since it seems necessary, here’s a few helpful hints for being a good queer ally when you become famous.

DO: Mention and/or promote queer causes
DON’T: Make our story about you

Remember that, as a heterosexual, you are privileged and have privileges beyond the homosexuals. If you get a platform because you’re telling the story of a homosexual, remember to bring homosexuals along with you. If you choose to tell your own story, don’t make it equal to the plight of whatever character you’re depicting. On Benedict Cumberbatch’s “No, The Imitation Game is actually about a gay man” promotional tour, he would frequently make it about Alan Turing and his oppression. Knowing the historical context to your story is appropriate, and beneficial to our acceptance.

DO: Have respect for queer lifestyles
DON’T: Other us

One of the biggest faults with Graham Moore is that he othered homosexuals as weirdos and different people. We are not all weirdos, and we may be different but we don’t need that reinforced. 15 years ago, Hilary Swank gave the exact same speech as Graham Moore while winning Best Actress for Boy’s Don’t Cry, showing just how far we haven’t come. At the time, that speech was seen as a step forward because she correctly gendered a transgender person, but that was the very least she could do.

DO: Appeal to our fragile egos and say how hard it was to play the part
DON’T: Worry about whether you look queer

Last year, at the Golden Globes, Michael Douglas worried about appearing gay after Steven Soderburgh approached him about playing notoriously gay Liberace. He fretted he was acting flamboyant. This is not acceptable. If you must mention something about how different gay, at least do it in the positive. Jeffrey Tambor, playing a transgender woman in Transparent has been talking up the story of people who transition and how difficult it is to get their story correct. Tambor, when winning the Golden Globe, said it was a gift and responsibility to play his character. This is the correct approach.

DO: Hint that physicality was a part of your role
DON’T: Bitch about the time you had with a professional makeup department

When Charlize Theron won the Oscar for playing Aileen Wuornos, she took a brief second to thank the make up department for making her up incredibly. If a physical transformation is required, do not bitch about how long it takes you to transform. This is our life. Being like Jared Leto, complaining about waxing your body hair to play one of the most regressive transgender roles in ages, makes you a bad ally in public. 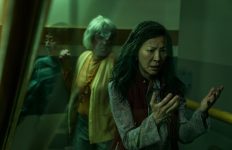 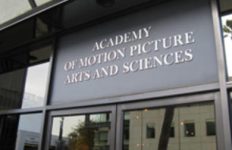 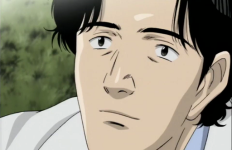