My nine-year-old has a really hard time processing the fact that the world does not necessarily exist the way he remembers it.  Sometimes, his memory is wrong and mine—or his five-year-old sister’s—is right.  This is age-appropriate, in a way; he’s still young enough that it’s perfectly reasonable for him to see the world as revolving around him.  Nine is a selfish age.  Still, it’s important for my sanity that Zane understand that the memory of a human cannot be trusted, and the interesting thing is that the camera lies to us in its own way as well.

Every movie is from someone specific’s perspective.  Even if it isn’t one of the characters, it’s still the perspective the creators have chosen to show us.  The writers, the director, and the other creative types have decided what parts of the story we’re seeing.  In his mind, Zane is the main character of the movie, so everyone sees what he sees, knows what he knows, and believes what he believes.  He’s a bit young for Rashomon, which would explain the difference handily, but maybe I can instead show him the Funny Vampire Episode of The X-Files.  And point out that even that Is missing some details, because, for example, we never see it from Luke Wilson’s perspective.

But even though movies lie to us and our memories lie to us and the pictures we take lie to us, either by actively lying to us—and movies do that, too, and we’ll get to that—they also keep our memories safe for us.  Ana De Armas is able to portray a woman who died before she was born because of all the film that crystallizes that woman in time.  I know what certain of my ancestors look like because of the pictures my family has taken for well over a century now.  I can share my dad, who died in 1983, with Zane and Sandy by showing them the pictures we have, and if we had movies, I could share even more of him.

Our movies lie to us about history, come to that.  We remember the past in a very narrow field.  Try looking up the so-called “race movies,” movies aimed at specifically black audiences of a century ago, and see the quality you’ll find them in when you can find them at all.  At that, there are more race films than there are films from the US aimed at audiences of all the other ethnicities living within the US.  How many films were aimed at Hispanic audiences, at Asian-American audiences, at Native American audiences?  Those audiences weren’t even considered important enough to pander to.

This is the most documented era in history.  There isn’t even a question there.  My hard drive crashed the other day (you can help replace it by supporting my Patreon or Ko-fi), and I’m lamenting how many pictures of my kids I’m probably going to find out I’ve lost.  Which will just leave me with more pictures of my kids than I probably have of myself from my entire childhood from the time since I last backed up my computer.  How much will my kids rely on those pictures I do have to remember their own childhoods?  We don’t know; we can’t know.  This is unprecedented.  Still pretty sure that my son at the moment trusts his memory more than the videos I take. 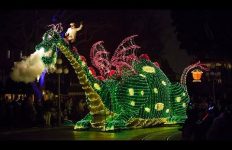 How It Lives On→ 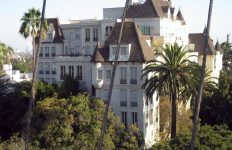