One of my favourite moments in Inglourious Basterds is in Chapter Four: Operation Kino. Sgt Stiglitz has his gun pointed at the testicles of Major Hellstrom, and he quips “At this range, I’m a real Frederick Zoller.” It could take a first-time viewer a moment to realise that this is not a reference to a movie – or rather, it is, but it’s a reference to a movie within the movie. Zoller is, obviously, the Nazi character that racked up hundreds of kills and then filmed a movie based on his exploits in a previous chapter. Writer/director Quentin Tarantino obviously knows the joy of dropping a reference; having one’s own character do it to one’s own character is a moment of supreme cockiness. I also love that it ends up elevating Zoller from Movie Character to, I dunno, MOVIE CHARACTER. One of the most interesting moments in IB is when Zoller watches his movie in the theater and seems troubled; as Todd Alcott once pointed out, he was fine actually killing all those people, and he was fine staging those kills a second time when shooting the movie, but seeing it up on a big screen with a cheering audience and heroic music has apparently made it hard for him to watch.

My awe at his name being dropped and his mixed feelings at himself onscreen come from the same place: he has been elevated into a concept and a myth. To be Zoller is to be a highly skilled sniper. Elevating objects into myths is what I like doing every day about everything, so you could imagine how I’d be rocked by someone pulling off the ultimate in self-mythology. Bringing this back to the only subject that really matters, there’s a similar moment very late in The Shield where a character quips “So I’m supposed to be Shane Vendrell to whatever Vic Mackey plan you’ve got hatched?”; this is not the only time Vic is elevated to myth (Aceveda gets my favourite moment of this in season five, when he tries to convey to Kavanaugh that Vic is more demonic and frightening than he realises), but it is one of the few that doesn’t directly advance Vic’s plot, and it’s the only one that really conveys how Vic and the Strike Team will be remembered amongst the LAPD after the events of the show.

What are your favourite moments of continuity references in pop culture? Perhaps moments that simply advanced the plot, like the way Stargate shows so effectively solve the current plot using past plot events? 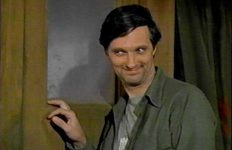