To my great surprise, the theme of the Renaissance faire I attend every August will be cosplay this weekend. For many years, it was Masquerade, Fairies, and Pirates, regular as clockwork. And we’re still doing Fairies, second weekend, not least because that’s the weekend we get Amy Brown to visit. And pirates, third, because they’re still popular, too. Of course, we get people doing cosplay regardless; one of the squares on the “Ren faire bingo” that we joke about is Game of Thrones characters. But why is it an “of course”? And why do we get the array of cosplay that we do?

I mean, a large part of the appeal of Ren faire is the costuming. I’ve got sewing still to do myself, because it’s July and tradition is tradition. (Also, I’m clothing three children this year—my own and a friend of my son’s.) Many people love an excuse to dress up, and Ren faire is dress-up for adults. Our faire is Elizabethan, and that is, in my opinion, the single most amazing era to dress up in. Once, many years ago, when my faire boss was still making and selling rings, I spent five minutes watching a guy in formal Elizabethan trying on rings over his gloves; he eventually looked at me and said, calmly, “I’m looking for just the right level of pretentious.” Which sums up the era in a nutshell, if you ask me.

And, I suppose, the shift into fantasy makes sense, since we’re playing “let’s pretend” anyway. If you’re pretending to be an Elizabethan noble already, is it that much more to add a set of wings and be a fairy Elizabethan noble? And I’ve written before about the weird pervasiveness of pirate mythos, but at the same time, our view of pirates’ clothing is kind of cool. I’ve myself got material that one of these days is going to be an awesome coat.

The appeal of cosplay is harder to define, and I suppose that, if you’re not into it, it’s hard to explain why someone else would be. I guess it’s all part of admiring a character—for a bit, you get to be them. And, of course, there is also “and the clothing is just really cool” thing. I myself have a jacket that I made for Halloween because I really admired it on Kinga Forrester on the new seasons of Mystery Science Theater 3000. Some years ago, there was a fashion for dressing the way a character from a relatively obscure Renaissance-set biopic did because she wore amazingly cool clothes—and was also, it’s worth noting, an interesting, intelligent, and talented figure who defied the authorities.

Okay, so sometimes, the cosplay is a little less period appropriate; do I know why we routinely have at least one Deadpool running around faire every weekend? I do not. But another thing I’ve written about before, in the context of Disney princesses, is genre-bending. Illustrated, in that case, by a drawing I made my boyfriend do of Aurora the Green Lantern. (Which I guess settles the “pink vs. blue” debate?) Just because you like one thing doesn’t mean you don’t like another, and in many but not all cases, the person at least makes a bit of an effort to make their cosplay period appropriate; the Star Wars examples, for starters, where there are people who make period costumes look like Stormtroopers.

At a guess, I would say that the most common fandoms to appear at faire—maybe I’ll do a roundup of this after faire ends this year—tends to be Lord of the Rings, Game of Thrones, and Pirates of the Caribbean. Brave tends to be pretty popular; there’s usually at least one Merida. The Princess Bride still has its adherents, and the costumes are fairly easy. You usually get at least one Doctor, the aforementioned Deadpools, and at least one Star Trek away party of one era or another. You don’t always know, but I have no doubt that at least one person is dressed up as their own Dungeons and Dragons character.

Why? I mean, cultural weight is probably part of it. Dangerous Beauty just didn’t have the staying power, I guess, even though I’d still wear those clothes. (And more people should see it.) I suppose you can also probably tell a lot about any given person by the character they choose to cosplay as. Agnes DeMille famously observed once that if your daughter didn’t fantasize about being the Bad Girl, she likely was one. (This was in context of choreographing the ballet in Oklahoma!) And, of course, there’s the “hey, this costume is easy” factor, which is probably huge. Especially if you don’t sew; my cosplay is definitely more complicated than my sister’s, for example. 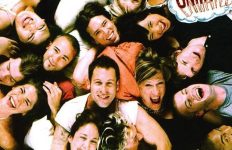 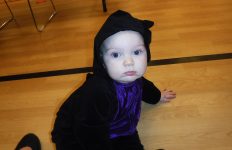 Cosplay Is Not Consent→ 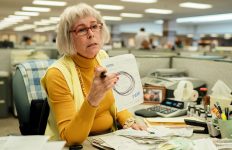